By Issam Ahmed, with Erin Conroy in Paris 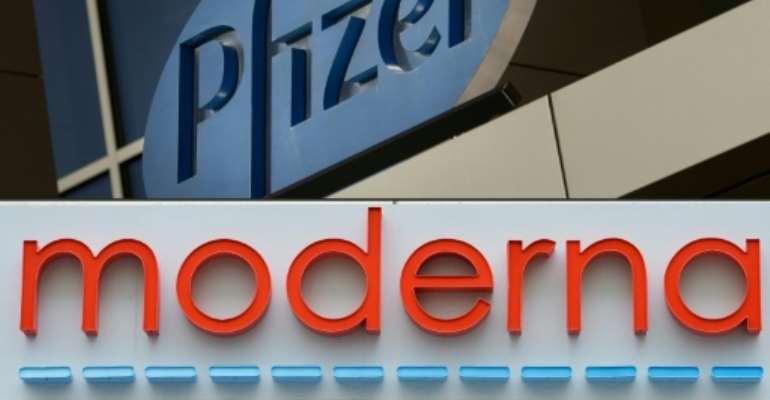 US firms Pfizer and Moderna are seeking emergency use approval for their Covid-19 vaccines in the United States and Europe. By DOMINICK REUTER, Joseph Prezioso (AFP/File)

The United States and Europe on Tuesday fleshed out plans to administer Covid-19 vaccines as soon as they gain approval, with a US panel recommending that health care workers and nursing home residents be given top priority.

Hopes are high that shots could be ready for use before the end of the year, with two frontrunner vaccines -- by Moderna and BioNTech/Pfizer -- already seeking emergency use approval on both sides of the Atlantic.

Companies have been racing to find a treatment for the coronavirus, which has killed almost 1.5 million people and infected more than 63 million since it emerged in China in December of last year.

In the United States, an advisory panel of the Centers for Disease Control and Prevention proposed that health care workers and nursing home residents -- 24 million people in total -- be the first in line for Covid jabs.

Those two groups have accounted for about 40 percent of deaths in the US thus far.

But there won't be one set of rules for the entire nation of 330 million -- the federal government can only make recommendations to states, which ultimately decide for themselves.

The European Medicines Agency (EMA) said Tuesday it would hold an extraordinary meeting on December 29 "at the latest" to consider emergency approval for the vaccine developed by Germany's BioNTech and US giant Pfizer.

Another meeting to assess the request from Moderna will take place no later than January 12. 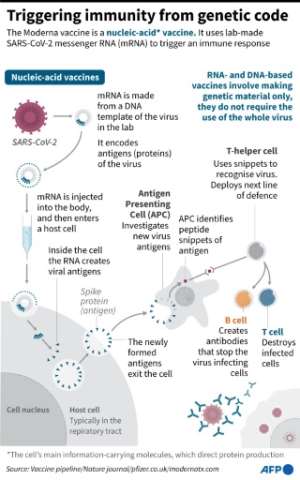 Large-scale trial data released last month showed that both vaccines were safe and around 95 percent effective against Covid-19, the disease caused by the novel coronavirus.

The Moderna and BioNTech/Pfizer vaccines are based on the same new technology -- mRNA (messenger ribonucleic acid) is used to deliver genetic material to the body and make human cells create a protein from the virus.

This trains the immune system to be ready to attack if it encounters SARS-CoV-2.

Stock markets rallied Tuesday on the good vaccine news, though the surging number of new infections kept traders in check. 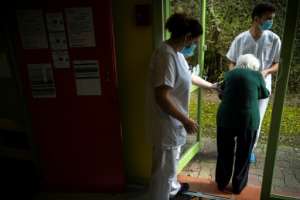 France plans to prioritize the most vulnerable, including the elderly, in its first wave of coronavirus vaccine distribution. By Lionel BONAVENTURE (AFP/File)

The announcement by the EMA gave European countries a much clearer timeframe for the start of their vaccination campaigns.

France plans to prioritize the most fragile and exposed groups in early 2021, followed by a second round for the rest of the population between April and June, President Emmanuel Macron announced.

Germany has already said it is hoping to launch its immunization drive in the first quarter of 2021 and is preparing vaccination centers across the country.

Spain announced Tuesday it would buy more than 50 million additional vaccine doses from three different labs, including Moderna, bringing the total number it will acquire to 105 million.

As cases are expected to mount as people mingle in the run-up to Christmas, "the challenge is to keep that increase as low as possible," Foreign Minister Simon Coveney told broadcaster RTE.

'Help is on the way' 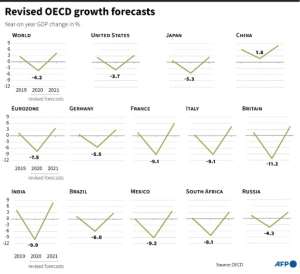 The OECD club of wealthy countries predicted Tuesday that with vaccines perhaps only weeks away from distribution, the world economy would bounce back to pre-pandemic levels by late 2021.

With anticipated global growth of around 4.2 percent next year, the world should make up almost all the output shortfall suffered in 2020, largely thanks to "massive policy support" from governments and central banks, OECD chief economist Laurence Boone said.

But while China and India are expected to leap ahead, the United States, the eurozone and Japan are forecast to see only modest gains.

US President-elect Joe Biden on Tuesday unveiled his new proposed economic team and said it would lead the charge on a plan to provide more relief for the faltering economy. 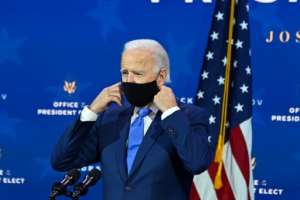 US President-elect Joe Biden says "help is on the way" for the ailing American economy. By Chandan KHANNA (AFP)

"I know times are tough, but I want you to know that help is on the way," he said.

The United Nations warned that the pandemic would pitch tens of millions more people into desperate need next year, and said around $35 billion in humanitarian aid was needed. 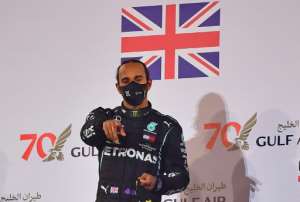 Formula One world champion Lewis Hamilton -- seen here celebrating his victory in Bahrain -- has tested positive for the virus. By Giuseppe CACACE (POOL/AFP)

In Britain, lawmakers voted through new tough Covid restrictions, creating a three-tiered system to replace an England-wide lockdown despite a significant rebellion by members of Prime Minister Boris Johnson's own party.

And a law making it compulsory to wear masks in indoor public spaces finally came into effect in the Netherlands on Tuesday, one of the last countries in Europe to impose the measure.

Of course, the pandemic shows no signs of abating, especially in the United States, where more than 270,000 people have now lost their lives.

In the sporting world, Formula One world champion Lewis Hamilton was the latest mega-watt star to test positive for the virus. And two teams in the US National Basketball Association announced cases on the first day of workouts.

Muntaka has defamed all Supreme Court judges with bribery cl...
10 hours ago

Anyone you meet is a potential COVID-19 patient — Tema Gener...
10 hours ago