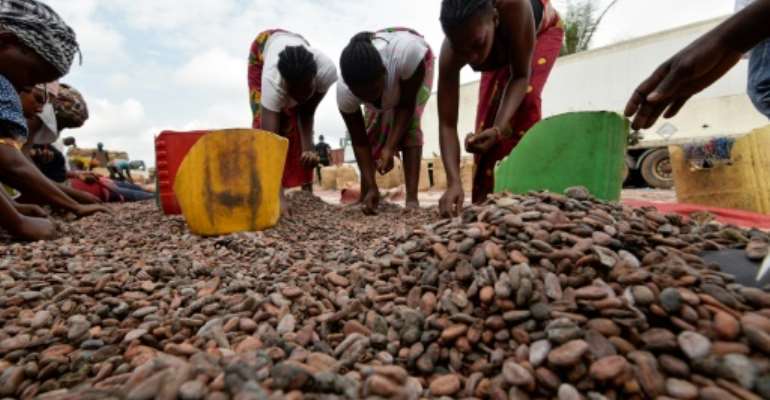 The US Supreme Court considered Tuesday whether two major corporations -- Nestle USA and Cargill -- can be held responsible for forced child labor on cocoa farms in the Ivory Coast.

The case could allow the court to limit liability for US firms for human rights abuses committed in other countries.

The lawsuit was filed in 2005 by six Malians who say they were trafficked as children then held as slaves on Ivorian farms, where the US subsidiary of Switzerland-based Nestle and the American agricultural giant Cargill have purchased cocoa.

The lawsuit argues that the two companies knew what was occurring on the farms.

Federal courts have validated the suit under a 1789 law known as the Alien Tort statute, which allows US courts to rule on international human rights abuses.

The law initially intended to fight piracy has taken on a second life over the last 50 years due to efforts by human rights defenders.

But the Supreme Court has repeatedly restricted its scope, such as in 2018 when it ruled against claims against foreign countries.

Nestle and Cargill are asking the court to block the suit against them from going forward.

"Nestle and Cargill abhor child slavery. This case isn't about that," said their lawyer Neal Katyal during a hearing by telephone before the court.

Caution is required since "further complaints like this will proliferate and go on for decades with harm to our foreign policy, separation of powers and other policy objectives," he said.

Outgoing US President Donald Trump's administration supported the companies before the court.

"A decision to extend liability, from natural persons to corporations, must be made by Congress, rather than the judiciary," said the government's lawyer Curtis Gannon.

But the lawyer for those who filed the suit, Paul Hoffman, said Nestle and Cargill "maintained a system of child slavery and forced labor in their Ivory Coast supply chain as a matter of corporate policy to gain a competitive advantage in the US market."

The justices seemed disinclined to completely exonerate the companies but uncomfortable with claims against them of complicity.

They are to issue a ruling before the end of June 2021.