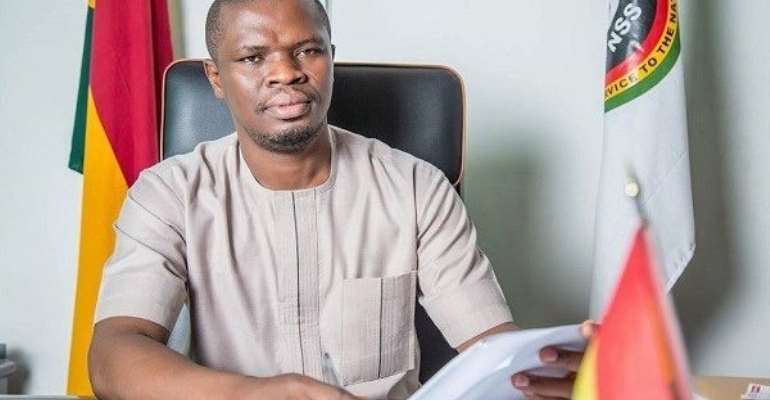 The Executive Director of the National Service Scheme (NSS) who doubles as the New Patriotic Party (NPP) parliamentary candidate for the Yagaba/Kubori constituency, Ussif Mustapha is accusing the opposition National Democratic Congress’ parliamentary candidate, Alhaji Abdul Rauf Tanko of sponsoring some persons to attack his home and a radio station he owns.

Ussif Mustapha claimed that properties worth millions of cedis were destroyed in the attack which was carried out in his absence.

In a statement issued on Sunday, Ussif Mustapha said some of his sympathizers were left injured during the violent attack.

“Let me place on record that, Alhaji Abdul Rauf Tanko directly instigated the attack at a community engagement at Tantala. At this engagement, he incited his followers to attack Mustapha Ussif when he returns to his residence at Yagaba from his campaign. This unparliamentary act was captured on video which accompanies this release,” he said.

He indicated that the NPP in the constituency has duly reported the matter to the police and will ensure that “the law will be applied fully without fear or favour.”

Ussif Mustapha said the injured persons are currently receiving treatment and called for calm among his supporters, urging them not to retaliate.

As seen on media portals and social media, the residence of the New Patriotic Party parliamentary candidate for Yagaba/Kubori Constituency and Executive Director of National Service Scheme, Hon. Mustapha Ussif has been attacked by hoodlums from the camp of the Member of Parliament, Hon. Alhaji Abdul Rauf Tanko.

The Yagaba residence of Hon. Mustapha and the 1st ever media house in the entire district (Y/K Fm)were both attacked in the evening of Sunday, November 29, 2020, in his absence. Properties worth millions were destroyed and some sympathizers were injured.

Let me place on record that, Hon. Tanko directly instigated the attack at a community engagement at Tantala. At this engagement, he incited his followers to attack Hon. Mustapha Ussif when he returns to his residence at Yagaba from his campaign. This unparliamentary act was captured on video which accompanies this release.

Someone who once slapped a colleague at parliament should have learnt some lessons and desisted from such acts. This style of politics is outmoded.

Hon. Mustapha throughout his campaign has always preached and practised peace and does not in any form directly or indirectly encourage violence.

The distasteful act this evening will not be left to slide, the law will be applied fully without fear or favour. Nevertheless, we entreat all supporters and loved ones to stay calm and focus, for the dead cow always struggles before its last breath. Victory is written all over the Constituency as our works are available for all to see and testify to.

The NPP in the Constituency have reported the case to the police and all injured persons are currently receiving treatment.

Let me once again assure the good people of Yagaba/Kubori, sympathizers and loved ones that, the modus operandi of Hon. Tanko will not work this time around. We will vote for a development-oriented, humble, affable, and God-fearing MP who will champion the development and also fight for a fair share of the national cake.