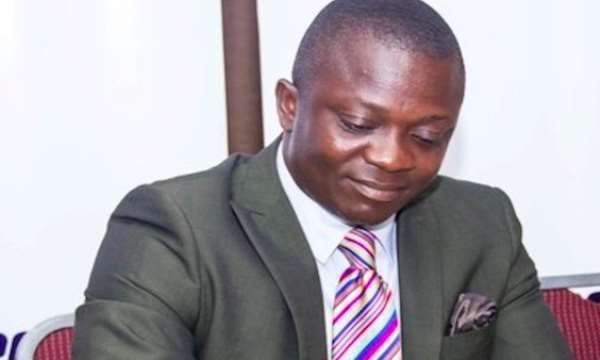 Minister of State at the Ministry of Interior, Bryan Acheampong has warned any individuals and groups who are planning to cause confusion before, during and after the December 7 election to reconsider their decision.

He said, “anyone who plans to bring any confusion or mayhem before, during or after the elections should think twice because we have the men to deal with them.”

Mr Acheampong, who doubles as the ruling New Patriotic Party (NPP) MP for Abetifi in the Eastern Region and is seeking re-election, served the notice at Nkawkaw-Kwahu on Sunday when President Akufo-Addo visited the area as part of a two-day tour of the region.

“The elections we are going to have, let no one panic; don’t be intimidated. Don’t be shaken at all that when you go out there to vote, someone will come and harm you. That will not happen here in Ghana. I promise Kwahuman and the entire nation that as the economists say they have the men to change the economy, we the security can also promise you that we have the men to protect you and the ballot. We have the men so no one should be afraid,” he said.

On his part, President Akufo-Addo asked Ghanaians to look at the various policies and programmes he had done since taking over the administration of the country almost four years ago, including but not limited to the Free Senior High School policy, One District One Factory, One Constituency One Ambulance and the various infrastructure projects (roads, schools and hospitals across the country), and vote for him again to continue to do more.

He expressed confidence in the people of Nkwakaw and Kwahuman in general to continue to support him on Election Day by voting massively for him.

The President took the opportunity to introduce the party’s parliamentary candidate for Nkawkaw Constituency, Joseph Frempong, and his colleague candidate for Abetifi and Davis Opoku-Ansah, aka OPK, for Mpraeso to the charged crowd.

From there, the President and his team moved to the Atiwa East Constituency where he introduced Deputy Minister of Finance, Abena Osei-Asare, as the parliamentary candidate when he addressed party supporters.

He also visited Akyem Kwabeng in the Atiwa West where the Minister for Roads, Kwasi Amoako-Atta, is the NPP candidate, to address party faithfuls, urging them to go out in their numbers on December 7 to vote for him and all parliamentary candidates of the party before ending the day at another gathering at Osino in the Fanteakwa South Constituency where Kofi Okyere Agyekum, popularly known as Arafat, is the candidate.

There is possibility of a lockdown, other restrictions – Opp...
25 minutes ago