Burkina Faso goes to the polls in shadow of jihadist threat 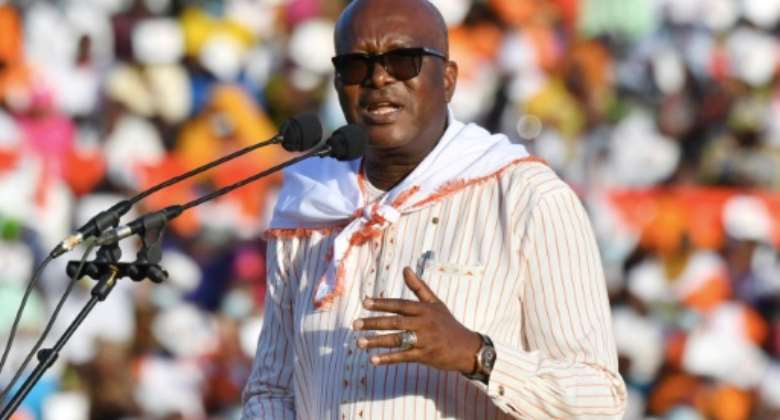 Burkina Faso will vote in a general election Sunday in the shadow of a growing jihadist insurgency, and with opposition candidates warning of a "massive fraud" at the polls.

President Roch Marc Christian Kabore is expected to win re-election, with his supporters talking up his chances of an outright victory in the first round of voting.

But no votes in the presidential and parliamentary polls will be cast in one-fifth of the country, where large swathes remain outside the state's control and jihadist attacks strike almost daily.

The violence has forced one million people -- five percent of the 20 million population -- from their homes in the last two years and at least 1,200 have been killed since 2015.

The security crisis has dominated the campaign and an undisclosed number of troops have been deployed for polling day in the landlocked West African country, one of the world's poorest.

However political scientist Drissa Traore said Kabore remains "the big favourite against an opposition which has not managed to unite behind a single candidate".

Diabre told reporters on Saturday that "there is a huge operation orchestrated by those in power to carry out a massive fraud" so as to give Kabore a first-round victory.

"We will not accept results marred by irregularity," added Diabre, surrounded at a press conference by five of the other 11 opposition candidates, including Komboigo.

Kabore can avoid a run-off by winning more than 50 percent of the vote in Sunday's first round -- as he did in the last election in 2015.

The three leading candidates all wrapped up their campaigns on Friday, with Komboigo telling a rally in the capital Ouagadougou that Compaore would "return with all honours".

The campaigning ran alongside continued bloodshed and the fear of jihadist attacks on voting day was growing.

Election workers heading for a polling station in Ouagadougou on Saturday to set up the ballot boxes. By Issouf SANOGO (AFP)