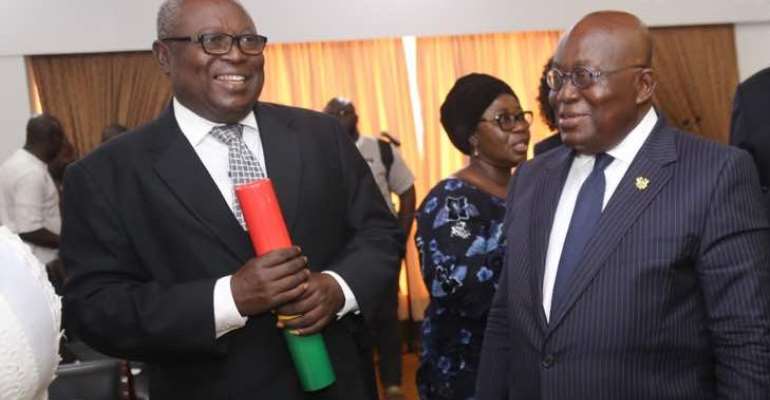 The Director of Communications at the Presidency, Eugene Arhin has said the Presidency will not issue any further response to allegations and issues raised by the ex-Special Prosecutor, Martin Amidu.

Mr. Martin Amidu on Monday announced his resignation from office as Special Prosecutor citing many reasons including interference in his work by the President.

But President Akufo-Addo in a nine-paged 40 paragraphed response, signed by his Secretary Nana Bediatuo Asante, was hopeful that the statement of facts will settle allegations and issues raised in Mr. Amidu’s letter.

Many have advised the President not to be distracted by the issues raised by Mr. Amidu and engage him in a running battle but focus on the general elections which come off in less than three weeks.

The Director of Communications at the Presidency Mr Eugene Arhin in a Facebook post stressed that “the statement put out by the Secretary to the President, Nana Bediatuo Asante, which was addressed to the former Special Prosecutor, Mr Martin Amidu, will be the ONLY statement from the Presidency on this matter.

“The President is focused on delivering on his mandate, and securing #4MoreToDoMore on 7th December.” 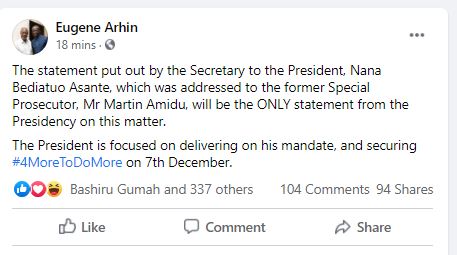 However, Mr Martin Amidu, who’s known to be a ‘fighter’ and lover of writing epistles as has been seen in recent times will most likely respond to the 40-paragraphed statement from the Presidency.