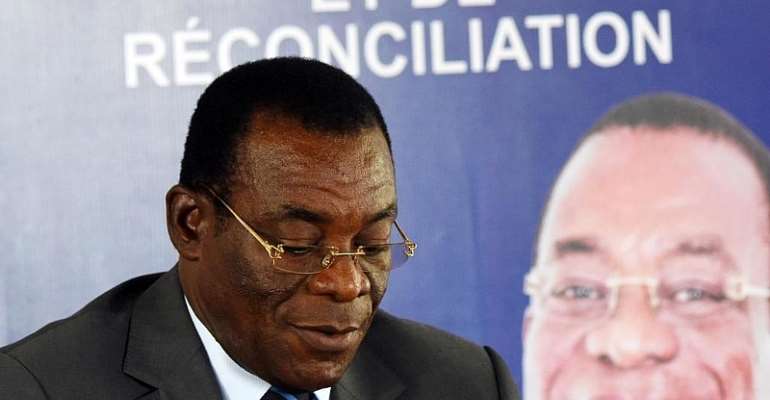 Amnesty International has urged authorities in Côte d'Ivoire to release opposition politician Pascal Affi N'Guessan, detained since 6 November on charges of terrorism and sedition. The rights group also called on the Ivorian authorities to investigate the killing of dozens of people in post-election violence.

“Authorities must immediately and unconditionally release Pascal Affi N'Guessan, and all those detained simply for exercising their human rights,” said Samira Daoud, Amnesty's regional director for West and Central Africa.

Lawyers for N'Guessan told RFI that he has been held incommunicado since 9 November, when he first appeared before a judge.

N'Guessan, head of the Ivorian Popular Front [FPI] party, has been accused of plotting against the state, following the announcement of a transitional council led by Henri Konan Bédié, the other main opposition leader.

“We ask ourselves – is he detained in Abidjan or in the interior of the country? We don't know,” said Pierre Dagbo Godé, one of N'Guessan's lawyers.

“The growing crackdown on opposition leaders and government critics is an attack on human rights,” said Amnesty's Daoud, in a statement published on Monday.

Ouattara secured his re-election with more than 94 percent of the vote, however, the opposition accuses him of breaking the country's two-term presidential limit.

At least 85 people were killed and more than 480 injured in violence before and after the polls, many of them in the south-east of the country, according to Communications Minister Sidi Tiemoko Toure.

Rights group Amnesty said the Ivorian government must investigate the killings, and clashes between opposition and ruling party supporters, which in some cases were not stopped by security forces.

“This is the second time in a decade that elections in Côte D'Ivoire have been marred by violence,” said Daoud. “The authorities must urgently take measures to protect lives and send a clear message that killings will not go unpunished.”

French President Emmanuel Macron congratulated Ouattara for his re-election in a letter, as reported by RFI.

As well as the traditional diplomatic congratulations sent to Ouattara and the Ivorian people, Macron acknowledged the tense situation in the country and encouraged continued talks. Ouattara and Bédié held initial discussions last week.

“The dialogue that you initiated with President Bédié brings hope,” the French president wrote. “I hope that this first step towards unification and openness can lay the concrete foundations for a broader and more lasting reconciliation.”

Elections in 2010 led to civil war in Côte d'Ivoire in which some 3,000 people were killed when former president Laurent Gbagbo was proclaimed winner, but Ouattara was considered by many the actual victor.