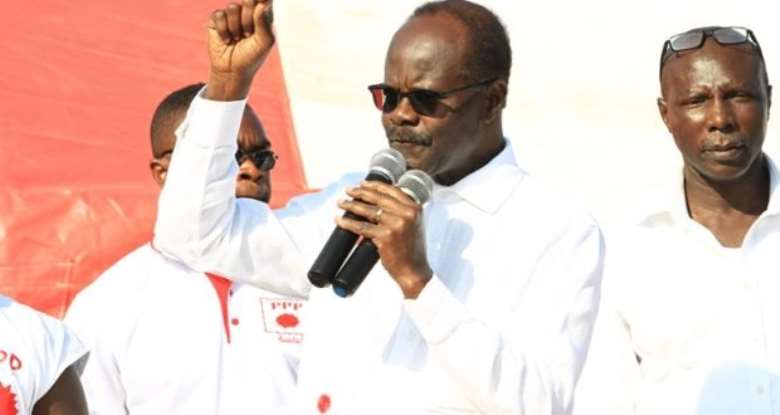 The Presidential candidate for the Progressive People's Party (PPP), Brigitte Dzogbenuku has admitted that its campaign for the 2020 polls has sharply hit a snag due to the absence of the party's founder, Dr. Papa Kwesi Nduom.

Since its formation, Dr. Nduom has been the only flagbearer leading the party into both the 2012 and 2016 general elections.

It would be recalled that when the PPP opened presidential nomination in July 2020 for the election, it categorically stated that it did not expect its founder to become the party's presidential candidate this year.

However, political observers argue that the lack of Dr. Ndoum’s presence in the 2020 polls has affected the momentum the party inspired in the past.

When asked by the host of the Citi Breakfast Show, Bernard Avle on Wednesday if such assertions were accurate, Madam Dzorgbenuku said: “It is true.”

“The PPP is a growing party and Dr. Ndoum as a human is growing, and he has decided not to do this any more. He is not in the position to do it any more and has asked me to take charge. But we are on social media, and we have gone to a few places aiming to go to all the 16 regions. So Ghanaians will see us out there in their regions and ask for their votes, campaign and appeal to them”.

But touching on her chances in the polls, Madam Dzogbenuku said she is assured of a resounding victory as a woman flagbearer of the party.

“I am very optimistic because I know Ghanaians want change. I am getting a lot of support from all kinds of people who believe that something has got to change and that there is something new. We say we are a new kind of leadership.”

She, therefore, appealed to Ghanaians to vote the party as the third force they have always yearned to see in the country's political landscape.

“People want a third force because people have realized that the two big parties are two sides of the same coin. The shine of the coin only depends on where you stand. The parties are the same and there is no difference. So they do want a third force. They just want something different because Ghana can't continue like this. There is so much hopelessness and despondency, and they are always throwing their hands in the air that there is nothing else to do. The what else to do is the PPP”.