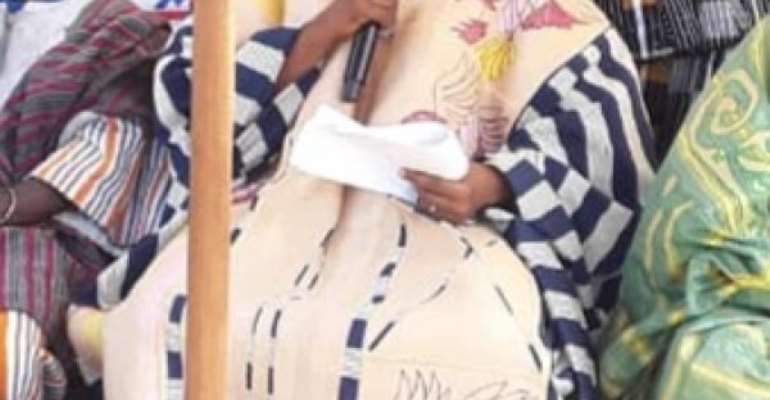 He appeals to government to absorb the school into the public system to pave way for academic work to progress.

Naba Atasige III made the appeal at a durbar of Chiefs and people of the Mirigu Traditional Area in the Chiana-Paga Constituency in the Kassena-Nankana West District of the Upper East Region in honour of Vice President, Dr Mahamudu Bawumia who is on a three-day campaign tour of the Region.

He commended government for the Free Senior High School policy, saying “The implementation of the Free-SHS policy enabled the Mirigu and Nabango SHSs to increase their enrolment and many Junior High School graduates are benefiting from it today.”

The Paramount Chief, who is also the Vice President of the Upper East Region House of Chiefs, added that “This programme in particular has reduced financial burdens on parents.”

He called for the absorption of the Mirigu SHS into boarding status, as its status as a day school hindered academic progress of students, and thanked government for providing the Nabango Senior High Technical School with a bus for school activities.

In response to the Chief's requests, Dr Bawumia said “The conversion of the Mirigu Community Day School into boarding, I think it will be done, and so we will work on that for you. I think we need to build some kitchen facilities over there and we will be able to convert it.”

He said government's flagship programmes were more beneficial to the people of the Northern sector, “Because we are poor, and that is why we must continue to keep faith with Nana Addo Dankwa Akufo-Addo and the NPP.”

The Vice President was in the company of Madam Tangoba Abayage, the Upper East Regional Minister, Mr Robert Apechira Aloo, the Parliamentary Candidate for the Chiana-Paga Constituency, Dr Nurah Gyeile, Minister of State in charge of Agriculture at the Presidency.