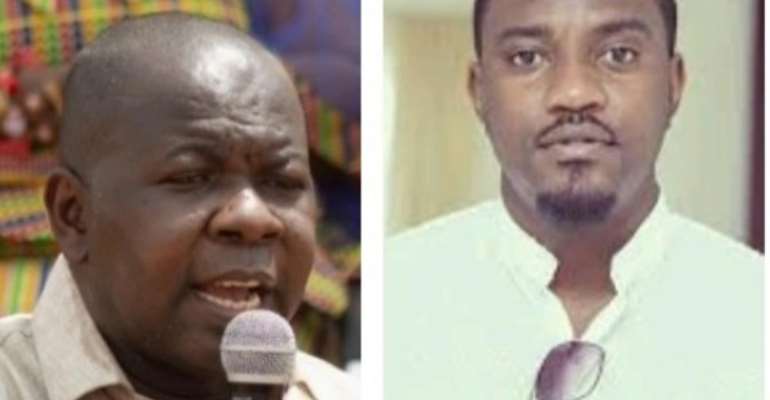 Director of Political Affairs at the Office of the Chief of Staff, Mr Frank Asiedu Bekoe aka Protozoa says the NDC Parliamentary Candidate for the Ayawaso West Wuogon Constituency John Dumelo does not deserve a seat in Parliament for instigating violence.

It will be recalled that John Dumelo on a campaign stage threatened to beat anyone who attempts to rig the December 7 elections.

Although John Dumelo has apologised in a tweet a few days ago, Protozoa is of the belief that the NDC parliamentary candidate lacks the dignity to represent the people of the constituency he is vying for.

Speaking on a campaign tour of the Ayawaso West Wuogon constituency Thursday evening, Protozoa said, “Parliament is not a breeding ground for warmongers and uncouth language.”

Protozoa added that it is unacceptable for anyone seeking to lead a group of people as a member of parliament to imply that he will cause confusion and violence when it is the job of the security agencies to handle anyone who attempts to rig the election.

“The statement he made is senseless so we must all not pay attention to him. We are decent human beings, not trouble makers, so if he wants to fight, he should go to the jungle and fight the wild animals or he should go and fight boxers elsewhere,” he stated.

He said NDC's rich history of rigging elections is well known by all Ghanaians. “NPP does not rig elections and everyone knows this. If we're looking for a party that rigs elections, then it's the NDC and every Ghanaian knows what I'm talking about,” he reiterated.

John Dumelo on November 4 posted on Twitter: “I'm wholeheartedly sorry for my comments in the said video. I'm a man of peace and will always promote peace. Let's make Ghana and Ayawaso West a better place. Folded hands #Idey4u.”