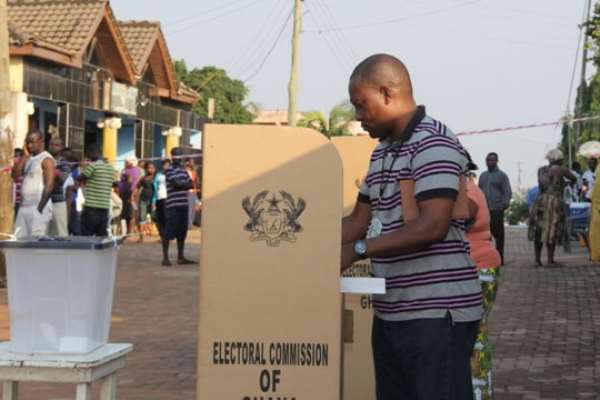 Chairperson of the Electoral Commission (EC), Mrs Jean Mensa has announced that the commission has created 38,622 polling stations across the country.

Speaking on the Floor of Parliament at the weekend on the account of progress of the commission towards the general election, Mrs. Mensa said the EC had, since the beginning of the year, engaged in continuous dialogue with the security agencies under the auspices of the National Security Task Force.

“To date, we have provided them with relevant information to assist them in carrying out their duties on Election Day. This includes information on all polling centres, collation centres and potential flash point areas among others. This collaboration goes down to the regional and district levels. We intend to increase our engagement as we head towards the elections in December,” she disclosed.

She added, “Mr. Speaker, in a nutshell this is our roadmap for a peaceful, credible and transparent election in December. I assure you and this August House that we are fully prepared and ready for the elections in December and are working with our teams to ensure that the election is credible, fair, seamless, transparent and peaceful.”

She asserted that the EC was 95 per cent ready for “successful, credible, fair, orderly and peaceful conduct of the election in December 2020. Permit me to highlight a number of significant achievements.”

She revealed that the EC procured a wide variety of election materials for the 2020 election, and that these included ballot boxes, thumbprint pads, stationary, identifications jackets, polling station booths, rechargeable lamps, indelible ink, educational posters and seals among others.

“As we speak, distribution of these items to our regions and districts are well underway. I can confirm that as a result of the thorough planning and distribution mechanisms employed, we are about 95 per cent done with the distribution of election materials to our various locations across the country. What is left to be delivered are the ballots and registers,” she stated.

She intimated that the EC procured a number of vehicles to facilitate the movement of its staff and promote the delivery of its mandate at the grassroots level, pointing out that a total of 147 vehicles made up of 15 motorbikes, 30 four-wheel drives, 107 pickups, eight haulage trucks and two coaster buses – were procured.

“These were procured at a total cost of 38,373,545. This has promoted the efficiency of our staff as well as the swift movement of goods and materials from our stores to our regions and districts. It has also helped to eliminate costs that were associated with the hiring and rental of vehicles.”

She disclosed that in due course, the EC would make public a report showing the huge savings made as a result of this decision.