Tunisian family of alleged Nice knifeman in disbelief over attack 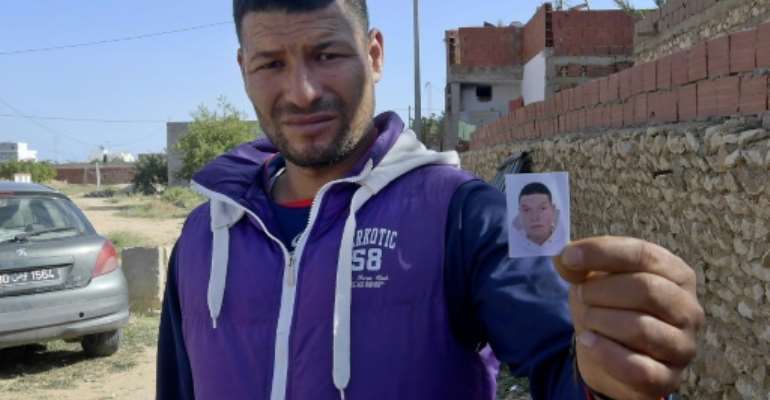 Yassin, the brother of the Nice assailant Brahim Issaoui, holds a passport picture of his sibling and says the family is struggling to believe he was responsible for the brutal killings. By Fethi Belaid (AFP)

The family of a man detained for killing three church-goers in France weeks after leaving his home in Tunisia has told AFP they are struggling to believe he carried out the attack.

"It's not normal," said Brahim Issaoui's brother Yassine, incredulous that his sibling was responsible for the attack, which came amid widespread anger among Muslims over comments by French President Emmanuel Macron.

Macron had strongly defended secular values and the right to mock religion after a French schoolteacher, who had shown his class cartoons of the Prophet Mohammed deemed offensive to Muslims, was murdered earlier this month in a Paris suburb.

Issaoui, 21, is in serious condition after being shot multiple times by police in the aftermath of Thursday's brutal knife attack in the southern city of Nice.

Born to a family of modest means in the central Tunisian city of Sfax, Issaoui had turned to religion and isolated himself in the past two years, his relatives told AFP.

"He prayed... (and) went from home to work and back, not mixing with others or leaving the house," said his mother, crying as she clutched a passport photo of the young man in a white hoodie.

But before that "he drank alcohol and used drugs. I used to tell him, 'we are poor and you're wasting money?' He would reply if God wills it, he will guide me to the right path, it's my business'," she added

Tunisia, where before a 2011 revolution, authorities controlled the practising of religion and repressed dissent, saw a rise in radical Islam after the uprising and a wave of jihadist attacks in 2015. 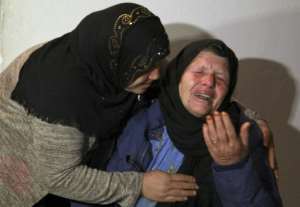 The mother of Nice assailant Brahim Issaoui says her son turned to religion more than two years ago. By HOUSSEM ZOUARI (AFP)

One of 11 siblings, Issaoui lived with his parents in a modest house on a potholed road in a working class neighbourhood near an industrial zone on the outskirts of Sfax.

His mother said her son had dropped out of high school and had worked as a motorcycle mechanic.

Having put some money aside, he opened an unlicensed petrol station, similar to those found across Tunisia, where most economic activity takes place on the margins of the official system.

"He told me he wanted to set up a stall to sell petrol."

Issaoui joined a wave of Tunisians departing for Italy that has grown in recent months due to the combined pressures of the Covid-19 crisis, which has exacerbated already soaring unemployment, and a political crisis.

The number of Tunisians emigrating illegally to Italy reached a record 20,000 after the 2011 revolution, before falling sharply. The number of arrivals has been on the rise again since 2017.

Issaoui had already tried once before to reach Europe, and did not tell his family he was making another attempt, according to his brother. 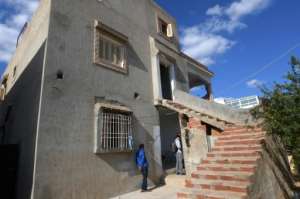 Neighbours stand by the family home of Nice assailant Brahim Issaoui in a working class neighbourhood near an industrial zone on the outskirts of the Tunisian city of Sfax. By Fethi Belaid (AFP)

After successfully reaching Italy and finding work harvesting olives, his brother added, he made his way to France.

"He said he went to France because it was better for work and there were too many people in Italy," Yassine said.

The family said he called the evening of October 28, the day before the attack, telling them he had just arrived in the country.

Incredulous, they said they could not understand how he would be able to carry out the attack in Nice just a few hours after arriving in France.

While many Tunisians condemned Macron's statements on Islam, it sparked debate on freedom of speech -- seen as one of the most solid achievements of the country's 2011 revolution.