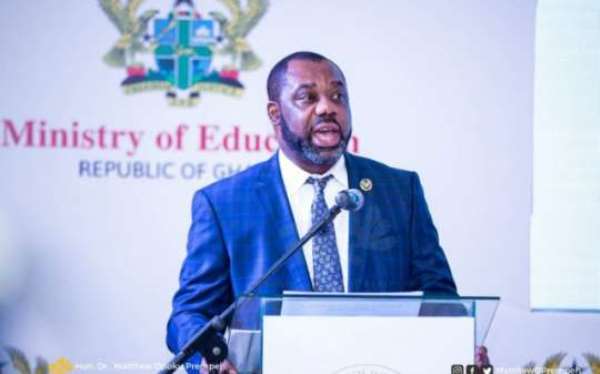 The Minister for Education, Dr. Matthew Opoku Prempeh says the Akufo-Addo-led administration has treated teacher unions in the country with respect.

According to him, there have been no teacher union strikes throughout the tenure of President Nana Akufo-Addo.

“We have employed over 93,000 staff into the Ghana Education Service, we have paid over 90% of the legacy arrears. We have had no teacher union strikes because we have dealt with them with respect and dignity,” he said.

Speaking at the Nation Building Updates held in Accra, the Minister further touted some achievements of the government.

“We have improved the system of promotion, and we all realized that in July when the promotion came, teachers were applauding us because in three months they all got their salary. We have introduced a 1200 professional teacher allowance, we have upgraded colleges of education to university colleges.”

“We have reinstated the teacher trainee allowance. We have not only maintained the book and research allowance, but we have also increased the research component by 200%. From GHS500 to a GHS1000. And as we speak, the teacher unions in the tertiary education space is sitting with the Fair Wages and Salaries Commission (FWSC) to conclude on their conditions of service, something it never had since 2006 under president Kufuor,” he added.