Man Arrested by Police for Alleged Possession of a Weapon 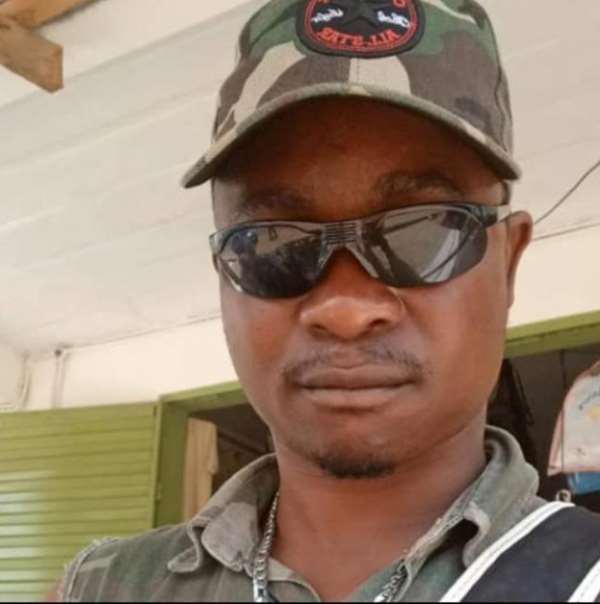 'Wonderful Tiger' was arrested at Tordzinu near Akatsi in the Volta region after he was identified as a key suspect in a case under investigation by the Akatsi police.

Chief Superintendent Joseph Atsu Dzineku, the Akatsi South District commander of police told journalists at a press conference that the suspects' name emerged in a case the police is currently investigating.

He narrated that on Thursday, October 15, the suspect, a native of Klokpe- Kporwuvi in the Akatsi South District but resides in Abor, was contacted to transact a deal regarding the sale of a stolen motorbike since he was noted to have delight in those acts.

Mr Dzineku said the suspect was contacted and was informed about a "connection motorbike " which they wanted to sell to him.

The statement said both have agreed to meet at a location to finalise the deal.

He further disclosed that after concluding on the agreement, the suspect promised to meet his team of investigators at Tordzinu ( a town near Torve) for payment and handing over of the motorbike to him.

He said his team quickly rushed to the agreed meeting ground before the suspect had arrived.

Mr Dzineku said the suspect, upon arrival and sensing trouble, took to his heels but was chased by the police and later apprehended.

A search conducted on him discovered a foreign pistol and a cash amount of Ghc 588.00 in a small bag he was holding.

The suspect was detained and later arraigned before the Sogakope Circuit court on Monday October 19.

Mr Dzineku said the court remanded him into police custody to reappear on October 30.