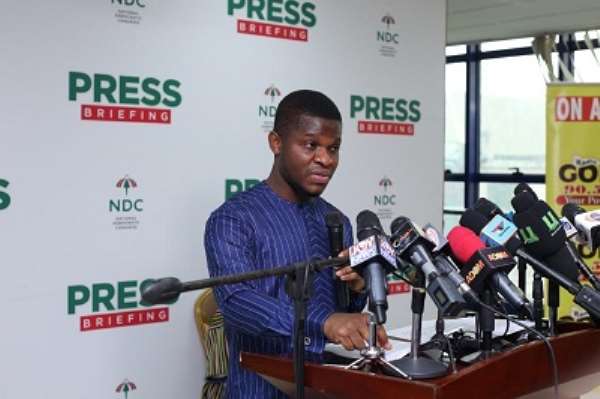 The National Communications Officer of the opposition National Democratic Congress (NDC), Sammy Gyamfi, has reiterated that the Akufo-Addo led government has failed Ghanaians in its pre-election promise to make Ghana a safer country.

According to him, some security personnel have become agents of brutalities [against members of the NDC] going into the 2020 elections.

“It goes without saying, that when it comes to the issue of politicizing security, President Akufo-Addo and his NPP are kingpins in this enterprise, as they virtually blamed President Mahama and the NDC for everything under the sun whilst in opposition. They peddled a lot of falsehood about the Mahama administration all because of power, and promised to make Ghana safer and more secure than the NDC was doing.

“The Akufo-Addo government has superintended over the pathetic nosediving of our security, through the formation, training and encouragement of vigilante groups, members of which have now become Frankenstein monsters devouring innocent citizens,” Sammy Gyamfi exclusively told Kwaku Owusu Adjei on ‘Pae Mu Ka’ on Accra-based Kingdom FM 107.7

He added, “Since becoming President of our republic, Nana Addo Dankwa Akufo-Addo has conducted the affairs of state with the kind of tyranny, despotism and authoritarianism that frightens many objective observers.”

Sammy Gyamfi urges President Akufo-Addo to ensure that his actions do not put Ghana’s democracy at “great risk” ahead of the 2020 elections.