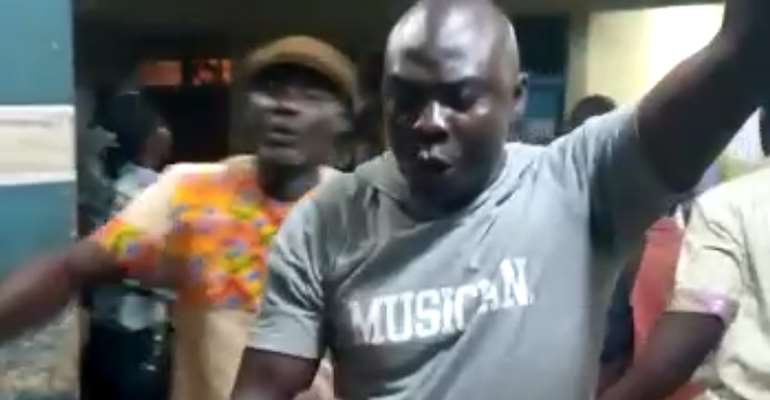 The supporters of the opposition National Democratic Congress (NDC) who besieged the Suame Police Station following the arrest of their colleagues have missed the deadline given them to report to the police.

Police gave them up to 9 am today [Monday] to report themselves to the Ashanti Regional Police Command.

The NDC supporters stormed the police station on Saturday demanding the release of some of their colleagues who were arrested in a police swoop on Saturday, October 24, 2020.

The command claims the protesting supporters attacked the Police officers on duty by verbally and physically assaulting them.

In a statement, the police named one Yakubu Tony Aidoo of the NDC as being part of persons who stormed the police command.

The incident occurred after the Ashanti Regional Police Command embarked on a special Police Operation and arrested a number of persons to assist with investigations into recent robberies within the Metropolis.

Meanwhile, New Patriotic members in the Asawase Constituency have refuted claims by the NDC that they masterminded the arrest of the ten people by police.

Earlier on Sunday, NDC members gathered at the Ashanti Regional Police Headquarters to demand the release of 10 party supporters who were picked up in the Asawase Constituency.

One person who was part of 10 suspects picked up by police is still being held for questioning after the others were granted bail.

The NDC in the constituency accused the NPP of orchestrating the recent arrests.

But Ali Suraj, the Operations Officer for the NPP’s campaign team in Asawase, said the incumbent MP, Muntaka Mubarak, was only looking for an excuse to give if he is defeated during the upcoming polls.

“After all his intelligence reports and all the information he has gathered, it tells him he has lost the election so what next; he is looking for problems,” Mr. Suraj said.