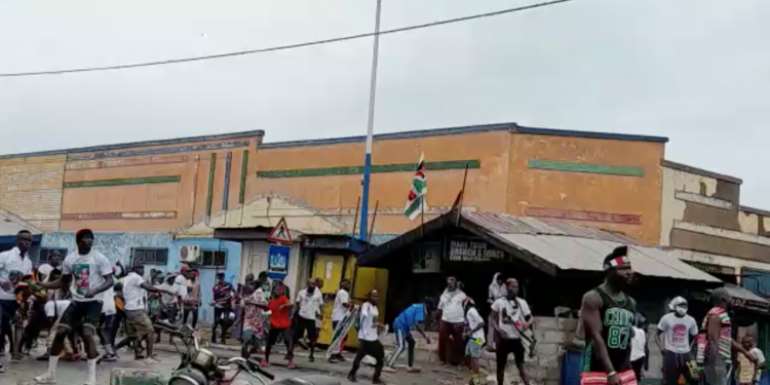 Police in Accra have mounted a search for persons alleged to have masterminded yesterday's disturbances in the Odododiodoo constituency in the Greater Accra Region.

Clashes between sympathizers of the New Patriotic Party (NPP) and the National Democratic Congress (NDC) during a peace walk left 15 persons injured.

Videos of the incident which went viral on social media showed the two sides raining insults and hurling stones at each other.

“No arrests have been made yet, but the situation is calm and efforts are underway to get some persons whose names have been mentioned for allegedly initiating the fight to be arrested as the investigation continues. Meanwhile, the police have intensified its presence in the area to prevent any reprisal attacks.”

She also urged the youth to desist from such acts.

“The police will also use this medium to continue to admonish all supporters of all political parties especially the youth to desist from engaging in violent acts as we prepare for the 2020 general elections. No matter what happens, let's choose peace over violence, for violence does not pay. We are all one people and as such, let us learn to settle our differences through peaceful means.”

Supporters of the New Patriotic Party and National Democratic Congress on Sunday, October 25, 2020, clashed at Jamestown in the Odododiodoo constituency.

15 persons were wounded following the attack in one of the Greater Accra Region's known hotspots.

The incident occurred while some NDC members were embarking on a campaign walk on Sunday morning.

Videos in circulation show some persons in party colours throwing stones, bottles, and other projectiles on a street at each other.

The fighting was concentrated on the Atta Mills Highway at a junction called One Way.