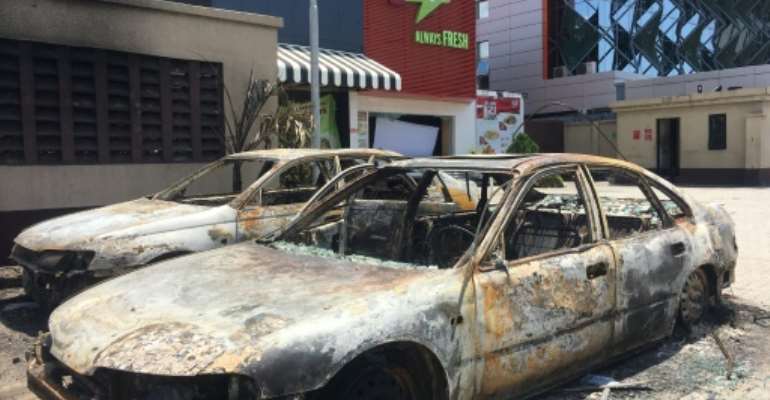 State buildings have been torched, banks and shops destroyed and food shops looted in the Nigerian unrest. By Sophie BOUILLON (AFP/File)

The shooting of peaceful protesters by security forces on Tuesday was followed by two days of unrest with numerous shops and buildings in the economic hub looted and vandalised.

Heavily armed police stopped a handful of cars left driving in the deserted streets on Friday while a few people tried to find their way home after the city was put under lockdown.

A warehouse was looted on Friday in Ojo, near Lagos, witnesses told AFP.

"They looted everything on site. They took everything they could lay their hands on," a witness who asked to be identified as Rafiki told AFP. 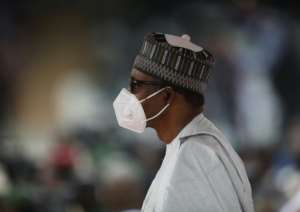 Protests against police abuse erupted on October 8 after a video of an officer allegedly killing a civilian went viral.

Despite the disbanding of the police unit accused of brutality, the federal Special Anti-Robbery Squad (SARS), protests spread and violence escalated.

Anger spread further after pictures and videos on social media showed security forces shooting at a crowd of around 1,000 protesters on Tuesday at Lekki toll gate, a key Lagos protest site.

Amnesty International said 12 people were killed in the incident, with a total of 56 people dead across the country since demonstrations began.

President Muhammadu Buhari warned demonstrators in a televised address on Thursday - his first statement since the incident - not to "undermine national security".

The 77-year-old leader called for an end to the protests and appealed on the youth to "resist the temptation of being used by some subversive elements to cause chaos". 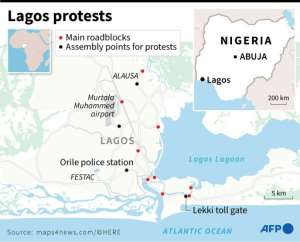 "For you to do otherwise will amount to undermining national security and the law and order situation. Under no circumstances will this be tolerated," Buhari said.

The governor of Lagos, who imposed a round-the-clock curfew, published on Friday a list of 21 cases of policemen being prosecuted "for offences related to the violation of human rights in Lagos".

"We are working to stabilise things across the state as we look to rebuild," the governor said.

US Secretary of State Mike Pompeo called for an immediate investigation into violence by security forces in Nigeria, which also triggered condemnation by the United Nations, the African Union, the European Union and others.

"We thank you and urge you all to seek to know all the facts available before taking a position or rushing to judgement and making hasty pronouncements," Buhari said.

The spreading of "deliberate falsehood and misinformation, in particular through social media" was, he said, "a ploy to mislead the unwary within and outside Nigeria into unfair judgement and disruptive behaviour."

After the president's speech, a key protest group told its followers to "stay home".

"The past two weeks have been tough for many Nigerians, most specifically the last two days," the Feminist Coalition said in a statement.

"We hereby encourage all young Nigerians to stay safe, stay home, and observe the mandated curfew in your state."

The days of unrest have risked seeing the message of the initial protests get drowned out as looters and vandals took advantage of the chaos.

But those involved insisted they would keep the momentum going to ensure the demonstrations were just the start of broader changes.

"'What next' is us collectively building the type of country we want to live in brick by brick," said one of the organisers, Moe Odele.

"I am energized and do not feel defeated at all," she wrote on Twitter. "We strategize and we move."

"This was just practice. We go again! Now we must deploy our unity and experiences in every sector to design the country that we want," said Adetola 'Tola' Onayemi, a lawyer involved in the protest movement.

The protests have received backing from major celebrities, including Beyonce, Rihanna, Cardi B and others.