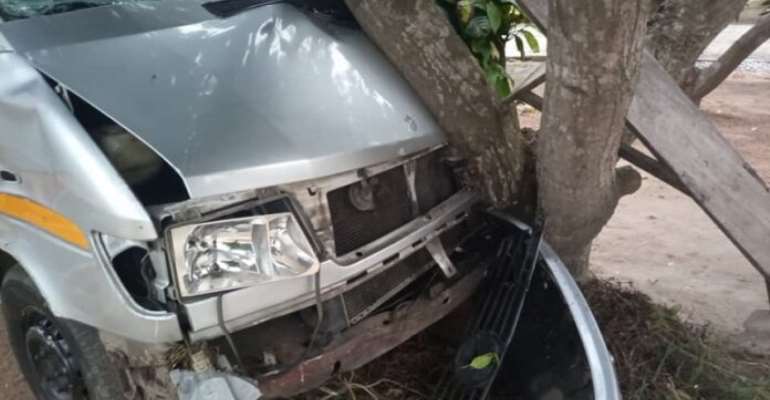 A young man believed to be in his 20’s has been crushed to death while two escaped death at “Kese Wokan” near Awutu Bereku on the Kasoa-Cape Coast Highway in the Central Region.

Information gathered by Kasapa FM News indicates that the incident occurred when the deceased who was crossing the highway to meet his brother on the other side failed to watch the road carefully before crossing.

He was unfortunately crushed to death by an oncoming Sprinter Benz bus with registration number GE 7288-15 from Kasoa heading towards Cape Coast.

The driver who’s said to have lost control of the bus after killing the young man on the spot, drove into to a nearby house and nearly killed a mother and daughter who were sweeping. Their ‘saviour’ turned out to be a tree in front of the house which the bus rammed into.

The deceased has been sent to St Gregory Hospital Morgue while the driver is in the custody of Awutu Bereku Police assisting investigations.

Akufo-Addo is confused over MMDCEs appointment – Ho Central ...
27 minutes ago