#EndSars, The Mob, Afenifere And The Attack On Yorubaland And Its Institutions by 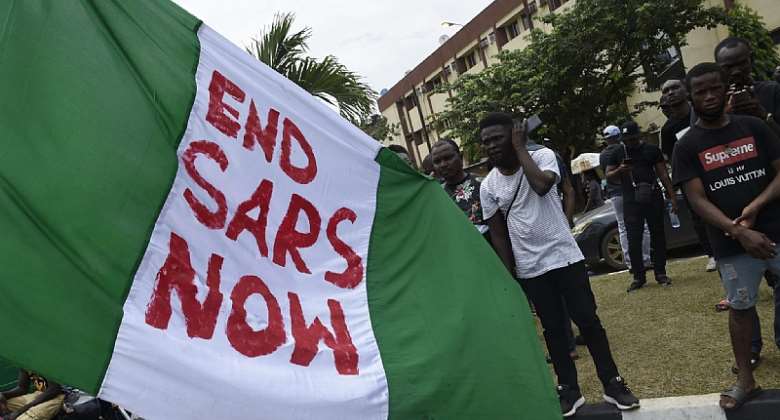 The past couple of days have been a shock to the system. The youths of southern Nigeria (long oppressed by the Nigerian police force) decided to congregate and protest against the abuse perpetrated by officers of the police. Their views were legitimate and their voices were heard and listened to.

With breathtaking speed, President Buhari had listened to and abolished the dreaded SARS division of the police. Shocked by their early and relatively quick victory and egged on by the opposition PDP, the youths decided to continue to occupy many parts of Lagos in pursuit of aims which they themselves were not aware of and unsure about. Some were there for the concert, to meet future partners, to eat or to protest.

The army should not have been involved in the dispersal of protesters at this point. This should have been the job of the police. They should have been allowed to leave that night and prevented, in the morning, from congregating in mass at any point within Lagos. The strategy was wrong.

What ensued was a public relations debacle with the government subject to worldwide criticism. That may have influenced the governments’ subsequent decision to leave Lagos State unprotected from what morphed into the actions of criminal looters and arsonists.

Whoever gave the order to shoot protesters should explain why such a course was considered the best course and secondly ,when wanton damage to property of Lagos State was ongoing, appeared powerless to do anything about it. Governor Sanwo-Olu clearly stated that he did not nor is he privy to the operations of the army. It was neither his decision nor that of Mr Tinubu.

Motives and machinations of other actors started to unfold. Unverified rumors carried by people such as Reno Omokri, Kperogi and Fani Kayode combined to give the impression that a man (that was neither a minister, service chief or a governor and long derided by those same people as having been made irrelevant by the powers that be) somehow worked in concert to incite the army to kill unarmed protesters. Kperogi described Tinubu as a “murderer” on his twitter page. A more reckless use of social media cannot be found. They used the removal of what appeared to be cameras (which we now know to be vehicle verification devices) to incite opinion against Tinubu.

Then we had heavily armed and masked individuals (clearly separate from the protesters and with a different agenda) then set out to destroy property owned by or associated with or rumored to belong to Mr Tinubu. The aim was to create the impression that there is a popular uprising against Mr Tinubu and (to a lesser extent) Mr Buhari. That impression was tried in Ondo state where certain individuals (using the protests as cover) burnt the offices of the APC. The response was swift. PDP’s offices were similarly burnt.

The attack on the palace of the Oba of Lagos also raises eyebrows. The motivations behind this attack cannot be lost on the Yoruba. The modus operandi appears to be the same. A small group of armed masked persons attack first and then beckon passers by to go and loot thereafter. Pictures and video’s of the looters are then circulated for public consumption.

In the most disgusting form of false piety, Mr Omokri then goes on twitter to state that though “Tinubu is complicit”, Omokris’ “followers” should not attack property of Tinubu put rather vote him out in 2023. Chances are the same small group of 3 or 4 armed and masked people co-ordinated the attack on Mr Tinubu’s property with the crowds forming after the damage has been done. Mr Omokri resides in America. Apparently, he has not set foot back in Nigeria since Jonathan lost at the polls and his brother was mistaken, by the DSS, for him. One gets the impression that he is on the run. His actions are not lost on people.

The response of Afenifere to the attack on Yorubaland (as that is what it really was) is baffling yet unsurprising. It has for a while functioned more as an appendage to Ohaneze and its interests than a group that professes to advance Yoruba interests. Its long held resentment of Tinubu following the demise of its political party (AD) has left many of its members bitter. Very little was said in respect of the wanton damage to Lagos state property.

Its’ only refrain was to criticize the use of force initially at Lekki and then call for restructuring along the lines agreed at the dubiously unrepresentative 2014 conference. It should be noted that that conference did not agree on the retention of a portion of the income derived from ports, VAT or customs to the place of origination, it did not call for devolution of powers to states or indeed the creation of an extra state for the Yorubas or a regional government structure. There was nothing agreed in that conference that in any way advanced the Yoruba people.

The conference did however propose that an extra state be created for the SE which in total landmass equals the landmass of Oyo state.

A lot of fog still remains. What we do know is that many different interests were at work and Yorubaland was turned into the battle ground of sorts for the implementation of different agendas. Looting and arson are never perpetrated by “peaceful” demonstrators. Those are the actions of thugs and criminals.

There is no justification whatsoever for the looting and arson of private or public property. Those social media “personalities” hiding in the US whilst providing propaganda cover for criminal actions have fooled no one. They bear equal responsibility with their fellow band of criminal looters and arsonists for this attack on the Yoruba.

The Yoruba should take stock and ensure it never happens again on our soil. If anything, the requirement for state police is now compelling.