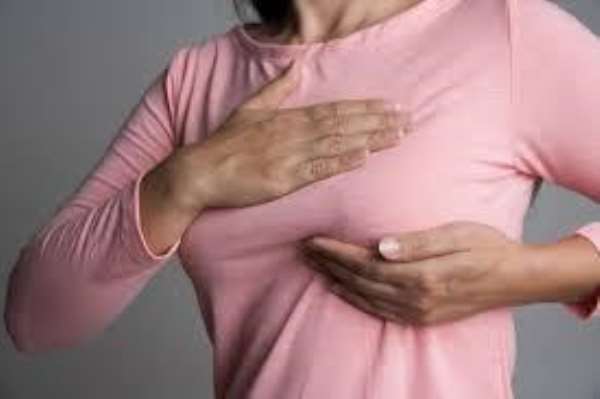 Air pollution has already been linked to a range of health problems. Now, a ground-breaking new study suggests pollution from traffic may put women at risk for another deadly disease. The study, published in the journal Environmental Health Perspectives, by researchers from The Research Institute of the MUHC (RI MUHC; Dr. Mark Goldberg), McGill University (Drs. Goldberg, Dan Crouse and Nancy Ross), and Université de Montréal (Dr. France Labrèche), links the risk of breast cancer -- the second leading cause of death from cancer in women -- to traffic-related air pollution.

"We've been watching breast cancer rates go up for some time, "says study co-author Dr. Mark Goldberg, a researcher at The RI MUHC. "Nobody really knows why, and only about one third of cases are attributable to known risk factors. Since no-one had studied the connection between air pollution and breast cancer using detailed air pollution maps, we decided to investigate it."

Dr. Goldberg and his colleagues approached the problem by combining data from several studies. First, they used the results of their 2005-2006 study to create two air pollution "maps" showing levels of nitrogen dioxide (NO2), a by-product of vehicular traffic, in different parts of Montreal in 1996 and 10 years earlier in 1986.

Then, they charted the home addresses of women diagnosed with breast cancer in a 1996-97 study onto the air pollution maps. Their findings were startling. The incidence of breast cancer was clearly higher in areas with higher levels of air pollution.

"We found a link between post-menopausal breast cancer and exposure to nitrogen dioxide (NO2), which is a 'marker' for traffic-related air pollution," says Dr. Goldberg. "Across Montreal, levels of NO2 varied between 5 ppb to over 30 ppb. We found that risk increased by about 25 per cent with every increase of NO2 of five parts per billion. Another way of saying this is that women living in the areas with the highest levels of pollution were almost twice as likely to develop breast cancer as those living in the least polluted areas."

These disturbing results must be interpreted with great caution, warns Dr. Goldberg. "First of all, this doesn't mean NO2 causes breast cancer," he explains. "This gas is not the only pollutant created by cars and trucks, but where it is present, so are the other gases, particles and compounds we associate with traffic -- some of which are known carcinogens. NO2 is only a marker, not the actual carcinogenic agent."

A study of this kind can be subject to unknown errors. While the researchers tried to account as much as possible for them, areas of uncertainty remain. "For example, we don't know how much the women in the study were exposed to pollution while at home or at work, because that would depend on their daily patterns of activity, how much time they spend outdoors and so on," says Dr. Goldberg.

Dr. Labrèche adds "Some studies published in the US have also shown possible links between cancer and air pollution. At the moment, we are not in a position to say with assurance that air pollution causes breast cancer. However, we can say that the possible link merits serious investigation. From a public health standpoint, this possible link also argues for actions aimed at reducing traffic-related air pollution in residential areas."

Materials provided by McGill University Health Centre . Note: Content may be edited for style and length.