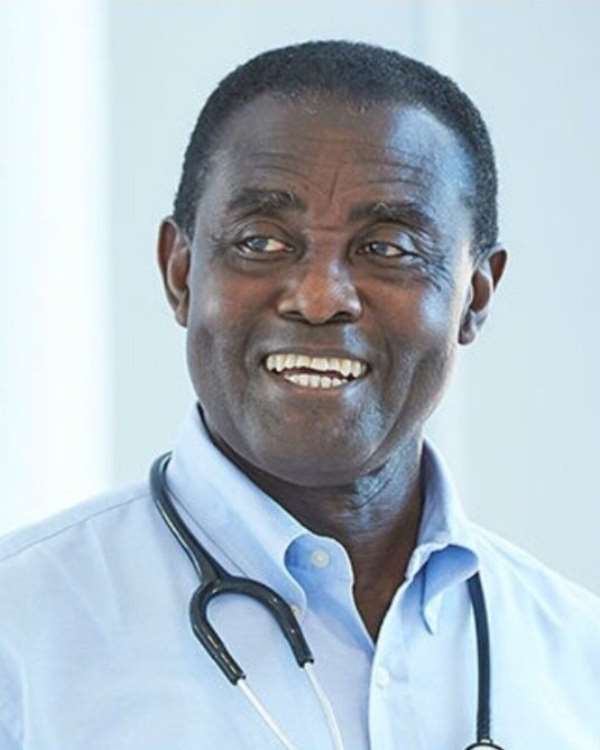 The U.S. Department of Health and Human Services has recognized the contribution of Professor Kwaku Ohene-Frempong, President of the Sickle Cell Foundation of Ghana, to the work in sickle cell disease.

The award signifies the outstanding contribution of Professor Ohene-Frempong on behalf of the many people living with sickle cell disease across the world. The civilian medal is awarded for exceptional achievement to the cause of public health and medicine, and it is the highest civilian award from the Public Health Service which includes all health divisions of the Department of Health and Human Services.

In accepting the Award, Prof. Ohene-Frempong said “I am humbled by this award and accept it as an encouragement to continue our work on behalf of people with sickle cell disease. This award is very meaningful not only because it recognizes our work, but especially because it brings attention to people affected by a global disease that deserves more recognition and increased support.

Although the public health and personal issues of sickle cell disease remain inadequately addressed in many countries especially in Africa, increasing organizational support and interest in the development of new medicines and cure continue to give hope to people with sickle cell disease and their families”.

He expressed his appreciation for the award saying, “I am grateful to Admiral Dr. Brett Giroir for this Award and I humbly accept it on behalf my mentors, colleagues, and people with sickle cell disease and their families who have taught me and contributed to any success achieved. The ASH Exceptional Service Medal will encourage me to pursue further our mission to improve the health and save lives of people with sickle cell disease”.

Presenting the award, Admiral Dr. Brett P. Giroir stated “Prof. Ohene-Frempong deserves this award many times over. I want this award to bring light to his singular accomplishments as a physician, scientist, and humanitarian, but also to the cause of people living with sickle cell disease around the world. His diligent advocacy, clinical expertise, and visionary leadership serve as an inspiration for the Global Coalition and the sickle cell community”.

Prof. Ohene-Frempong has served on many professional organizations, boards, and committees dedicated to finding a cure for sickle cell disease. He conducted important research including the first multi-center clinical trial of hydroxyurea therapy in children with sickle cell disease in the United States.

He developed the first public health programme for screening newborns for sickle cell disease in Africa. With assistance from the Brazilian Government, this was scaled up into a national programme. In 2010, Ghana launched the National Newborn Screening for Sickle Cell Disease with Professor Ohene-Frempong as the Programme Coordinator.

He is now Professor Emeritus of Pediatrics at the University of Pennsylvania, and Director Emeritus of the Comprehensive Sickle Cell Center at The Children's Hospital of Philadelphia. He is also President of the Sickle Cell Foundation of Ghana and a founding member of the Global Sickle Cell Disease Network.