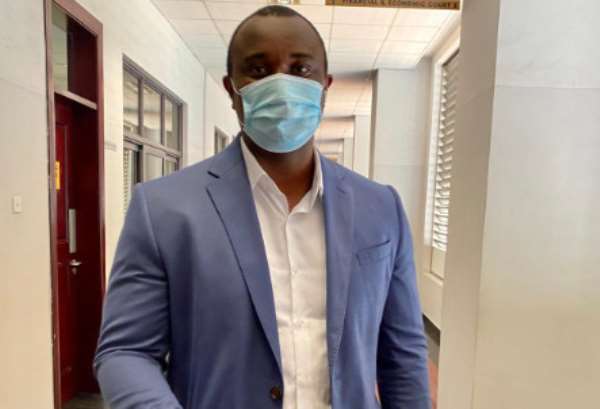 THE CHIEF Executive Officer (CEO) of Marrer Ghana Limited and Sustgad Boat Building and Fishing Industry, Mr Novihoho Afaglo has called on the Chairman of the Economic Community of West African State (ECOWAS), Nana Addo Dankwa Akufo-Addo, President of Ghana to immediately intervene in the disturbances in Nigeria to stop police brutality against EndSARS protesters.

According to Mr Afaglo, it is time Nana Akufo-Addo place an emergency call to Nigerian President, Muhammadu Buhari to stop the alleged killing of innocent people by police officers who are demanding for their rights.

He said even though the citizens and the youth have taken the law into their own hands, killing them isn’t the best solution.

The CEO said the shooting and killing of innocent victims have attracted the world condemnation.

"This brutality has taken centre stage on Twitter and other social media platforms equating it to similar murder of innocent black Africans in the United States of America some few months ago on the popular 'BlackLivesMatter' match which shook the world.

"So it is time the President as the Chairman of ECOWAS to call president Mohammed Buhari to order before the whole world starts mocking Africa," he stated.

Appealing to President Akufo-Addo, he stated, "It is my humble plea that you put that call through to end the killing now."

For some weeks now, tens of thousands of Nigerians launched a campaign #EndSARS and taken to the streets protesting against police brutality.

The young people who were mobilised through social media began staging demonstrations and calling for the abolition of the Federal Special Anti-Robbery Squad (SARS), which has long been accused of unlawful arrests, torture and extrajudicial killings.

The hashtag #EndSARS has been trending not just in Nigeria but across the world for several weeks now.

It was part of the Force Criminal Investigation and Intelligence Department (FCIID).