Kenya, Uganda overfunded for HIV programmes -- but where did the money go? 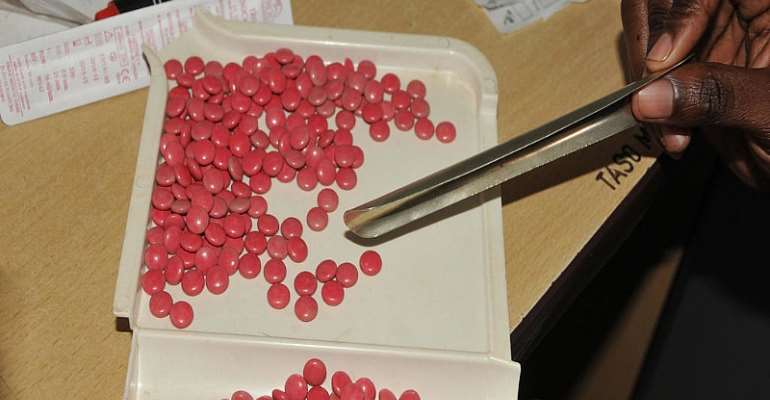 Sex workers in Kenya risked life and limb to practise their trade during the government-imposed Covid-19 lockdown earlier this year that stopped people from working from 7pm to 6am. Regularly working at night owing to discrimination and stigma, some who braved spending the whole night with clients paid the highest price.

KSWA tried to conduct its own fundraising, with a crowdfunding website, so that sex workers could get enough to eat and take their HIV medication.

Life-saving medications such as ARVs, or anti-retroviral treatment for people living with HIV must be taken with food. Those who lost their livelihoods couldn't earn any money to eat, so HIV and sexual health programs tried to fill the gaps during lockdown.

The LGBT community in Uganda was faced with a similar struggle.

“Covid has really helped expose the inequalities in society… because of the limitations that came with lockdown, most of our programming was affected,” says Richard Lusimbo, Uganda-based programme manager of Pan Africa ILGA, the continent-wide International Lesbian, Gay, Bisexual, Trans and Intersex Association.

While many suffered under the Covid-19 lockdowns imposed throughout the continent, Lusimbo says that the most basic of needs, food and housing, became the focus for HIV and LGBT organisers in the country.

“We never thought that one day all we would be doing is focusing on nutrition support-- these are things that we had taken for granted, but the pandemic has really showed us that we don't even have the resources to be able to respond effectively,” Lusimbo tells RFI.

“It's great people have access to treatment, but if they have no food, maintaining the treatment is a big issue right now", he adds.

More than 100 percent funding, but where's the money?

Both Kenya and Uganda receive donor contributions from governments globally in order to treat their HIV-positive populations, as well as funds to prevent the disease. In Africa, those in the HIV-positive or at-risk categories are typically gay and bisexual men, transgender people, sex workers, and those who inject drugs.

“Countries receive funding from the major donors, and then their governments determine its final allocation,” says Mirjam Krinjen, international manager for Amsterdam-based Aidsfonds, a non-profit organization working in the most-affected regions of the world on community-based response to HIV-AIDS.

In Aidsfonds latest report out this week, “Fast Track or Off Track? How insufficient funding for key populations jeopardises ending AIDS by 2030,” it examines the lack of transparency in providing funding for HIV programming.

Besides, both Kenya and Uganda also stigmatize homosexuality, sex work, and HIV.

“These final allocations don't always address the very real need of key populations and services. This is often due to persistent discrimination and stigma faced by these groups,” she adds.

According to the report, which uses UNAIDS statistics from 2016 to 2018, Kenya has received more than 157 percent of the HIV funding needed overall, a total of US$56.6 million for a $36.1 million target. Uganda was given 233 percent of the resource needs, or $23.8 million for $10.2 million required.

Communities know what's needed
Yet sex workers in Kenya and LGBT programmes continue to struggle to provide even basic services for their clients. Part of the problem stems from not giving money to the local communities directly, says Krinjen, including vital national health services.

As of press time, officals in the Kenya and Uganda health ministries had not responded to our inquiries.

Housing has always been a problem for LGBT people in Uganda, particularly youths, says Lusimbo, who has spent his adult life campaigning for LGBTI rights. At the beginning of the coronavirus lockdown in Uganda, police raided an LGBTI shelter; some of the young men arrested there spent 60 days in prison.

“It meant it was difficult for us to access our medication, because we couldn't afford to get to the facilities to pick them up,” she says.

Sex workers also needed funds to fight some of the charges after being arrested for being outside after curfew. “Some of us were beaten and even raped by police,” she says.

Both Abdallah and Lusimbo tried to cobble together funds for their communities, even though both their countries received more than 100 percent for HIV-related funding.

Activists appeal to AU as abuse against women, girls soars under Covid-19

While compiling the report for Aidsfonds, Krinjen noted that it was not possible to determine how much funding was sent to community-level programmes.

“There is insufficient data on recipients of funding, so just because funding for countries such as Kenya and Uganda appears to be higher than resource needs estimates, it does not necessarily mean that community-led initiatives are the ones receiving the funds,” she says.

“The funding data we received from the Global Fund, the largest funder of key population programming, did not include any information on principal or sub-recipients in country, so we cannot tell if community-led initiatives were funded,” she adds.

As the impact of Covid-19 threatens public healthcare in the short term and development funding in the long term, the current pandemic must not undermine funding for HIV programs, the report warns.

Aidsfonds believes that donors should commit to community-driven funding, as well as increased investment. This funding needs to be transparent and mapped out for donors to see where the monies are actually going.

“Organisations led by key populations must be adequately funded so they can lead advocacy aimed at creating safe and enabling environments,” according to the report.

Abdallah said that the Sex Workers Alliance received a little emergency funding, which included legal assistance for sex workers who were badly beaten by police.

“We had several cases that we thought were very important for us to take the police to the court level—we see this as an achievement because we are able to challenge some of the laws that are making sex workers stigmatised and discriminated in this country,” she adds.