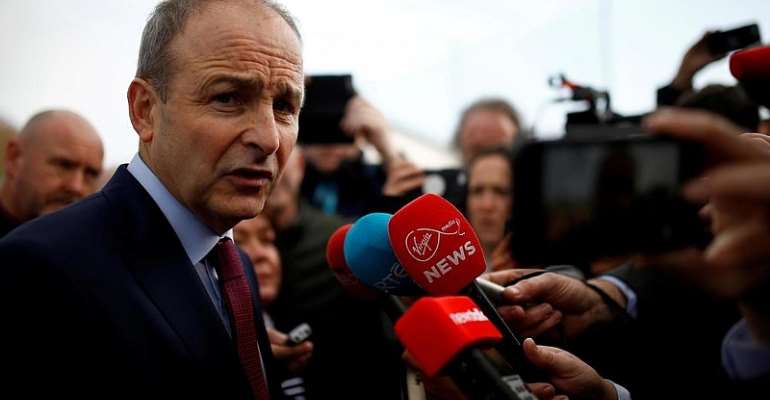 Ireland has announced a six-week return to lockdown in a bid to halt the resurgence of the coronavirus. Prime Minister Micheal Martin issued a six-week nationwide "stay at home" order but said schools will stay open.

The move comes as nations across Europe beef up measures to halt the virus, ranging from shutting cafes, bars and businesses deemed non-essential to limits on the number of people in public spaces.

Martin unveiled the package of new Covid-19 restrictions in a televised address on Monday night.

Most retail shops are also to close but supermarkets and meat processing plants can operate as normal, he said.

However the number of passengers on buses, trams and trains will be capped at 25 percent capacity.

Unlike the March lockdown, schools and construction sites will remain open.

“We cannot and will not allow our children and young people's futures to be another victim of this disease,” Martin said.

An existing ban on visits between households and on indoor events is to be extended, although two households will be able to mix at outdoor venues such as parks.

In the United Kingdom, Wales is to impose to impose a “fire-break” lockdown of 14 days from Friday, curtailing all non-essential retail, leisure, hospitality and tourism businesses.

In Spain, the northern Navarra region will be the country's first to reimpose limits on movement, with bans on all non-essential travel in and out of the region. Bars and restaurants are to close, and all other businesses are to shut their doors by 9 p.m.

Navarra has Spain's highest infection rate with 950 cases per 100,000 people over the past fortnight – nearly double that of Madrid.

Bars and restaurants have also been closed across the north-eastern region of Catalonia since 15 October.

Switzerland authorities have said only 15 people will be allowed to gather in public and face masks have been made compulsory in closed public spaces such as banks, churches and cinemas.

An order to wear masks on public transport has been extended to cover train stations, airports, bus and tram stops, the government said. The rule replaced various regulations which applied across Switzerland's different regions.

“The Covid-19 infection rate has increased at a very quick rate,” Swiss president Simonetta Sommaruga said. “Unlike before it is affecting all cantons and all age groups.”

“The spread of the virus continues to accelerate,” De Croo added. “The figures continue to rise and sometimes even double.”

A curfew from midnight until 5am will also be imposed and residents will be allowed to have close contacts with only one person outside their household. However schools will remain open.

France's curfew, imposed on 17 October on nine cities including Paris, is more severe, running from 9pm to 6am.

Slovenia has followed suit, with its roughly two million inhabitants forced to stay home between 9pm and 6am from Tuesday and banned from non-essential travel.