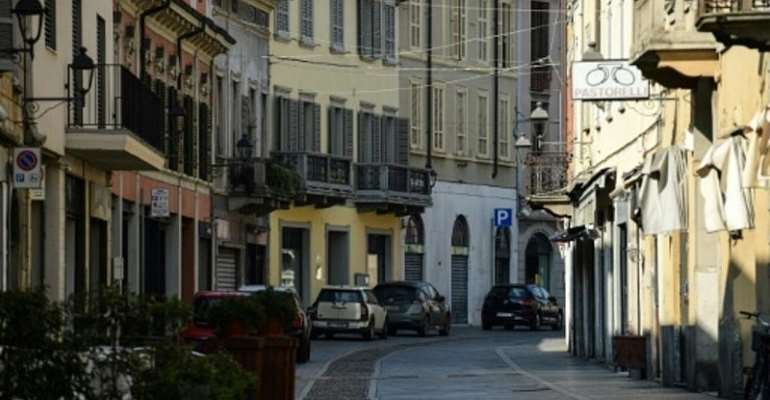 As Italy battles a resurgence of Covid-19 after posting a new record of more than 11,700 daily infections, Prime Minister Giuseppe Conte has announced a new package of restrictions to try to contain the "critical" situation.

The premier told a late evening press conference on Sunday evening that “all measures must be adopted to avoid a new general lockdown which the country cannot afford and which would risk compromising its economic and social fabric”.

Mayors have now been given the power to shut public squares and streets after 9 pm to stop gatherings taking place in their towns and cities.

There will be no standing in groups in public areas and wearing protective masks will remain compulsory all the time, both inside shops and outside in the open air.

Restaurants must close at midnight and there will be a limit of six people per table. Bars will have to close at 6 pm unless they can offer seated service. Betting shops will be closing at 9 pm and local fairs have been banned.

High school timetables must be put in place to allow for the staggered arrival of students to avoid congestion on public transport.

In the Campania region, where numbers have been rising sharply, the governor has decided to shut down schools for two weeks.

Lombardy in northern Italy is again the most affected region, as it was during the first wave of Covid-19 infections earlier this year. To cope with the surge in new infections, screenings have been significantly increased.

More working from home
The government has also said that smart working for public and private sector employees must be increased but it stopped short of stipulating what percentage of employees should work from home, although the figure of 70 percent was apparently discussed.

Amateur sporting competitions are also banned but for the time being no decision has been taken to close gyms or swimming pools. The government has given them one week to ensure they comply with security protocols and further restrictions are not excluded.

Hairdressers and beauticians are also allowed to remain open for the time being.

Increase in number of Covid deaths
Covid-19 related deaths have also been increasing across the country as have the number of people admittted to intensive care units.

Italians are increasingly concerned about this second wave of Covid-19 and fear the situation could rapidly escalate. Most follow the rules diligently because they do not want to see a repetition of what was experienced by the nation in March.

At the height of the pandemic in Italy in March and April, fatalities reached a daily peak of more than 900.

Italy was the first country in Europe to be hit hard by the coronavirus and has the second-highest death toll after Britain, with fatalities now more than 36,500 this year.