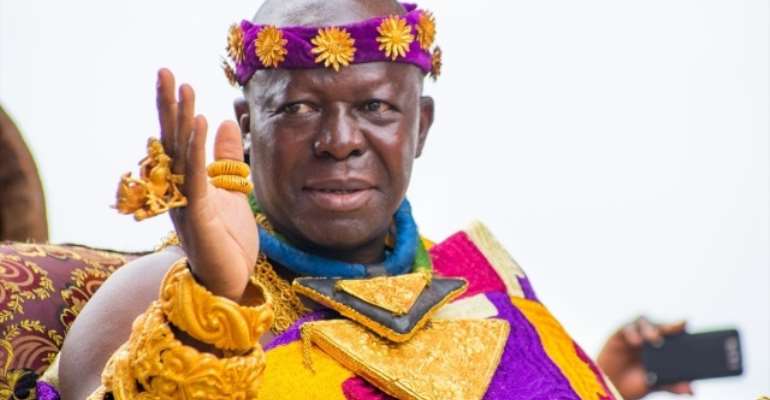 The Asantehene, Otumfuo Osei-Tutu II, has advised politicians not to do anything untoward to throw the country into turmoil as the nation prepares for the December 7 polls.

Ghanaians, he stated, “have only one Ghana” to refer to as their home, so politicians should not indulge in acts that would destroy the country.

According to him, the peace being experienced in the country now should be jealously protected at all times in the interest of the state.

The Asantehene disclosed this when the Inspector General of Police (IGP), James Oppong-Boanuh, paid a courtesy call on him at the Manhyia Palace in Kumasi.

Otumfuo called on politicians from the various political parties to contribute their quota to help make the forthcoming polls peaceful.

He reminded politicians that elections are held in every four years; therefore, they should not see the 2020 polls as a “life and death” issue.

“Politicians should know that even if you lose elections, you have four years to contest again and you can be second time lucky,” he added.

The Asantehene expressed his utter surprise about the tension that usually characterises national polls “even though elections are held every four years”.

According to Otumfuo, losers of the 2020 elections who may have issues with the electoral processes should head to court for a peaceful redress and not hold the country to ransom.

He said the country has decided to use democracy to select its national leaders, so the democratic system should be protected by all.

The Asantehene also admonished the youth to turn shun any politician who may try to lure them with money to foment trouble, saying, “If any politician approaches you to cause troubles to disrupt the elections, ask them that they should also tell their children to join you.”

Otumfuo also appealed to the security agencies, particularly the police, to work and make the elections peaceful.