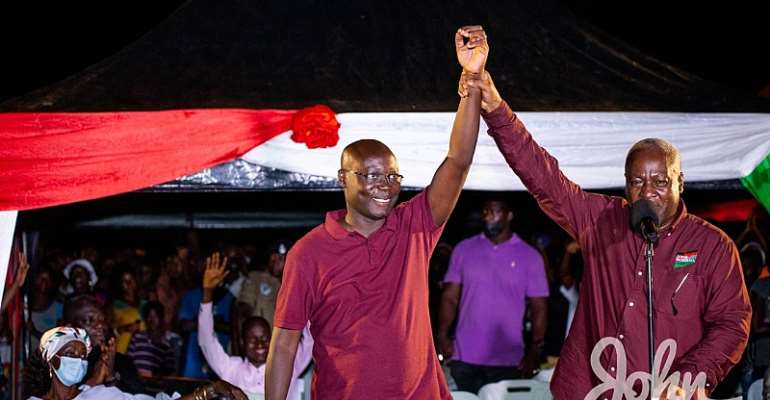 The Flagbearer of the National Democratic Congress (NDC), John Dramani Mahama, on Saturday announced that he will upgrade the College of Languages Education of the University of Education, Winneba situated at Ajumako in the Central Region into an autonomous university.

Addressing a durbar of chiefs and the people of Ajumako, President Mahama said, " it has been our plan that when we open satellite campuses and they grow to a certain stage and have the required facilities, we will convert them into fully-fledged universities" assuring the chiefs that the Ajumako Campus of the UEW would be converted into an autonomous university when he wins the December 7 election.

He reminded the people that the NDC has an accomplished record in the area of establishing public universities across the country, and will fulfil the promise to the people of Ajumako.

Welcoming the former President, Omanhene of the Ajumako Traditional Area, Okokodurfo Ogyeeabo Nana Kwamena Hammah-Ababio II, thanked him for the development projects executed by his administration but lamented that projects started by John Mahama have all been abandoned.

President Mahama, however, assured the Chiefs and people that he was confident the NDC would win the 2020 elections and return to complete all the abandoned projects.

He also reiterated his call on President Nana Akufo-Addo to account to the people of Ghana on his stewardship and how he utilized the state’s resources and loans totalling more than GH¢152 billion.