Witchcraft Is Good, All Inventors Have Witchcraft — Lucifer Reveals 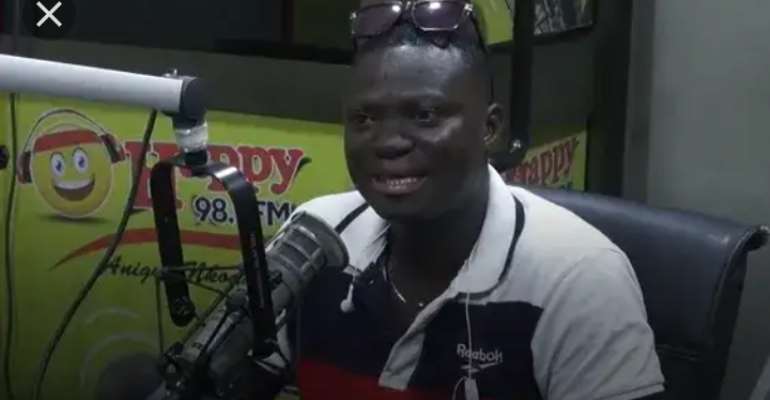 A popular spiritualist, Kwaku Peprah who is also known as Lucifer or Quotation Master says people must stop the old perception that witchcraft is devilish.

"The art of witchcraft isn't bad as we have been made to believe, that everything about witchcraft is bad". "That is not it because in everything there is positive and negative".

He further explained that witchcraft is categorised into three types: Black, Red and White.

According to him, the white witchcraft is not meant to kill humans but used to solve spiritual problems of people faces in life, businesses and other personal endeavours.

He added that the black type is there for destruction. "They only do evil and cannot do any good but the red type of witchcraft is interested in blood. The white is akin to goodness while the black is evil. But, it is always good to be made of all the three.

According to him, "You must always allow your good to outweigh the evil". He continued that when someone initiates you into the art of witchcraft with the black type, expect nothing good since you shall be taught by your master."

He noted that, all inventors have witchcraft "because if you don't have it, you cannot be an inventor."

When asked whether those who have witchcraft can do good, he expounded that, most great people in our country have parents who have white witchcraft which they have used to support their children. But, was quick to add that, it is not advisable to mention names otherwise he can mention a lot of big people who have benefited from witchcraft.

According to him, witches have the power to convert the people whom they want to kill into an animal of their choice before killing him or her.

He stressed that witches can plan things in the spiritual realm and one can be made to act in ways that make it manifest in the physical. "If you're not spiritually alert or if you don't have any spiritual backing, negative witchcraft can affect you and put you into trouble."