End SARS: Metaphor For Change and Reformation of Nigeria? 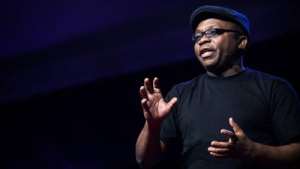 Built-up anger over the brutal treatment of real or imagined suspects by a police unit popularly known as SARS (Special Anti-Robbery Squad) has triggered a wave of protests and civil disobedience across Nigeria. The protest has continued to gain momentum as a growing number of persons both Nigerians and non-Nigerians are adding their voices to the call for an end to police brutality in the country. It may be that, at last, Nigerian youths have found a voice and platform to demand for radical change and transformation. Even after the dissolution of the notorious police outfit, the protest has continued as protesters are demanding far-reaching reforms including a restructuring of the Nigerian polity. End SARS campaign has become a symbol for a national awakening and ventilation of accumulated angst. In fact, the protest embodies the immortal desire of youths in the country for a new Nigeria, or better, a Nigeria that works for them.

Hence, the End SARS protest has gone beyond demanding an end to police brutality, extortion, and extrajudicial killing to calling for a reformation of all sectors of the government. The protest has turned into a nationwide agitation against bad governance, abuse of power, injustice, impunity, impoverishment of the masses, and all that is wrong with Nigeria as constituted and governed.

But should that surprise anyone? It shouldn't.

Any intelligent observer of the Nigerian society knows that Nigeria is a country that is in dire stress and strain. Although Nigeria survived a civil war, it continues to wage a war against its citizens at various fronts. Nigeria is a nation in need of radical changes because police brutality is only a tip of the iceberg of the terror and oppression what Nigerian state institutions have unleashed on the citizens. To be meaningful, the change must be total and comprehensive. Africa's most popular nation requires an overhaul of its system of governance and management. Since independence, Nigeria has been teetering on the brink of implosion and disintegration. And now a growing swell of anger, frustration, and disillusionment across the nation has ignited a wave of protests. As the anti-SARS protest has demonstrated, the change that Nigeria needs cannot be achieved by people in power but by the exertion of the power of the people. Nigeria can only realize a significant change when Nigerians rise and begin to hold their leaders - and all those managing the various institutions- accountable.

Look, the people in power have a vested interest in Nigeria as constituted and managed. They would not bother to make any significant change unless pressed and pushed because the status quo benefits them. Any demand for a change as contained in the End SARS protest threatens their interest and power base. So the people in power will go to any length -and do whatever they can- to thwart, hijack, or undermine a campaign for change. Cases of police brutality, the excessive use of force, torture, extortion, and extrajudicial killing by SARS officers have been widely noted. Various non-governmental organizations including Amnesty International have highlighted the atrocities and egregious violations by this police outfit.

SARS officers have disappeared or orchestrated the cold-blooded murder of persons suspected of armed robbery, kidnapping, internet fraud, or yahoo-yahoo. Unfortunately, these violations and heinous acts have been going on in many places for far too long. Many people have fallen victims and nobody is held to account. Erring police officers are not brought to justice, instead, they are promoted or rewarded. Government has been an enabler police brutality. The government has maintained a criminal silence as those paid to protect Nigerians attack, torture, brutalize and murder them with impunity.

Now a little over a week ago, young people across Nigeria said: Enough is enough. So have we gotten to that long-awaited turning point? Young Nigerians are saying enough of the torture, intimidation, harassment and killing by the police. Enough of the oppression and exploitation by politicians and other managers of the Nigerian enterprise. Youths took to the streets to demand an end to impunity and oppression. The agitation has led to the disbandment of SARS and a replacement with SWAT. But that development has not assuaged the anger and pain of long-suffering Nigerian youths. The protesters are demanding that reformation be extended to all sectors of the Nigerian society because the abuse is systemic. Impunity is pervasive. Institutional oppression, rape and robbery of the people feature in all sectors. As part of the End SARS protest, Nigerians want police officers and other public office holders to be held accountable. Nigerians youths are in for a long and persistent fight and protest. Will the power of the people bring an end to police brutality? Will the power of the people and protesters force a 'spring', a Nigerian spring-a total reformation of the country?

Only time will tell?