Central Region Has Been Central To NDC Since 1992, Kick Out Confused Akuf-Addo — Ofosu Ampofo 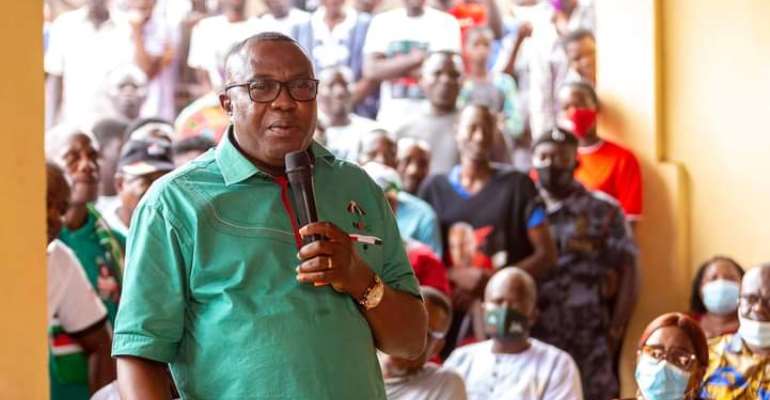 The National Chairman of the opposition National Democratic Congress (NDC) Samuel Ofosu Ampofo has appealed to the people of Central Region to continue the tradition by voting massively for the NDC in the 2020 elections.

He said the party has always had an indigene of the region on the ticket of the NDC since the 4th Republic.

Mr Ampofo recalled with nostalgia how the NDC had remained faithful and loyal to the region from the days of President Jerry Rawlings in 1992 with Kow Nkensen Arkaah as his Veep.

The National Chairman who was addressing a durbar of Chiefs and people of Agona Swedru reminded the people of the region that they had a unique opportunity of helping in producing the first ever Vice President of Ghana, in the person of Prof Naana Jane.

“We in the NDC have always found Central Region as a very reliable ally, so we plead with the Chiefs and people of the Region to vote massively for the NDC, for us to make history together.”

He stressed that the Akufo-Addo led NPP is confused since the introduction of the NDC's People’s Manifesto.

He added that there have been conflicting statements from leading government functionaries on the planned regulation and legalization of Okada, supposed suspensions of the law on ban of salvage vehicles and cancellation of licensure exams among others.

“Ghanaians must reject the NPP government at the polls because it’s obvious they are lacking ideas and are only burnt on deceit and resorting to subterfuge for votes.”