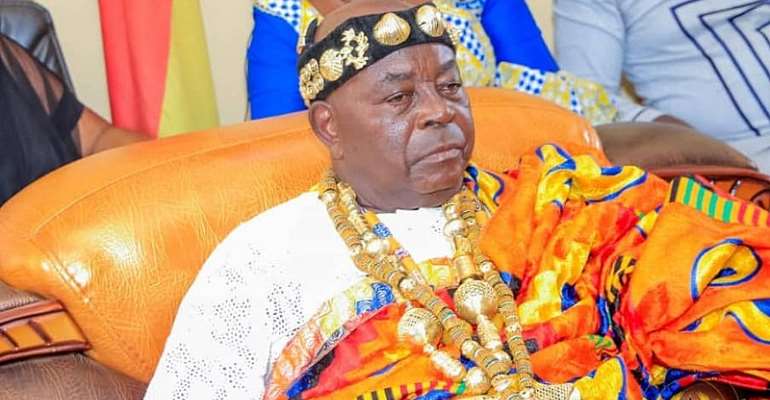 Some irate indigenes of the Anglo State have filed a lawsuit to challenge the eligibility of the Awomefia of the Anlo State, Togbui Sri III, to be chief of Anlo.

They are also challenging his eligibility to contest an election to represent the Volta Regional House of Chiefs at the national level.

Togbe Sri III is part of 11 chiefs vying for five slots to represent the Region as members of the National House of Chiefs.

But some three indigenes of the Anlo State, namely Amega Andrew Atsu Kokor, Amega Albert Kwaku Kume and Amega Wisdom Atiasa Kukubor, insist that he is not the right person to be on the throne hence does not have the right to present himself for election into the National House of Chiefs.

They argue that Togbui Sri III, known in private life as COP Patrick Agbogba, is not an indigene of the Anlo land, and also not a member of the family that should lead the Anlo State as a chief.

The suit among other things is seeking to bar Togbui Sri from participating in the upcoming elections.

They also insist that a number of cases are pending in court challenging the eligibility of Togbui Sri hence it will be wrong to allow him to contest for the National House of Chiefs position.

They are thus seeking “a declaration that [Togbui Sri III] is unfit to be made President of the Volta Region House of Chiefs since he is facing several contempt of court charges.”

Lawyer for the plaintiffs, Captain Rtd. Nkrabeah Effah Dartey, in a Citi News interview, said the Volta Regional House of Chiefs and Togbui Sri III will both be acting in contempt should the chief be allowed to participate in the pending elections.

“From 1998 till date, the stool has not been occupied because of problems. One person calling himself Patrick Agbogba a former Commissioner of Police is pretending to be the new Awomefia but unfortunately, he doesn’t come from the Royal Ajovia clan.”