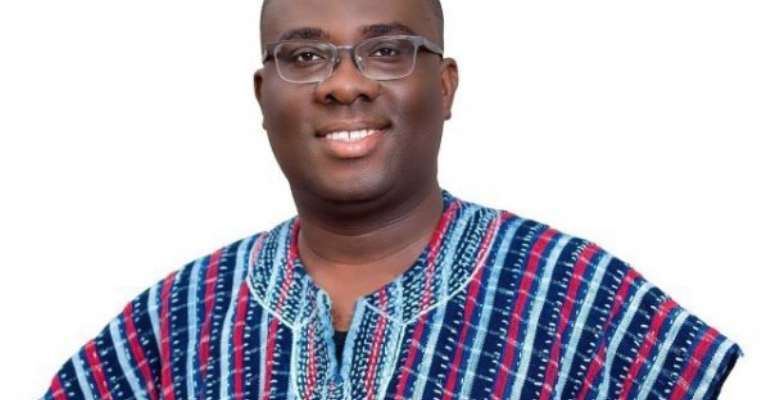 The 'G Boys', an emerging political group of the ruling New Patriotic Party in the Wenchi constituency of the Bono Region on Thursday, praised the party's national organiser for his loyalty to the NPP over the years.

According to the group, the devotion and virtues of Mr Sammi Awuku inspired the youth of the NPP, particularly those at the grassroots level, and pledged their unflinching support to him for intensified campaigns to enhance the fortunes of the NPP in Election 2020.

In an interview with the Ghana News Agency (GNA) at Wenchi, Mr Richard Kwadwo Adu, the founder said the group had 200 active members, and it had started house-to-house campaign to sell achievements of President Nana Addo Dankwa Akufo-Addo to the voting masses in the constituency.

“Your hard work and devotion to the NPP over years inspire us a lot, and we are strongly behind you in mobilizing the human other resources needed for the NPP to win the December 7, polls in a larger margin”, he said.

Mr Adu who is a former Wenchi Youth Organiser of the NPP and a former Assemblyman for Ntoase Electoral area in the Municipality indicated that though the area was a stronghold of the NPP, complacency in the electioneering could narrow the party's fortunes, and decrease the party's presidential votes in the area as well.

He observed significant progress and achievements chalked by President Akufo-Addo's government within the past three and half years had improved the image and made the NPP attractive at the grassroots.

However, Mr Adu underlined the need for the leadership of the NPP to endeavour and make their presence felt at the constituency levels in the electioneering to motivate party supporters to do vigorous campaigns so to “nail down” the NDC in the December 7, polls.

He reminded the leadership of the NPP that the various constituencies remained the pillars that held the strength of the 'great' NPP, hence the need for the party to provide logistical support for them intensify campaigns at hard-to-reach communities in the area.

Mr Adu emphasised the successful implementation of the free Senior High School (SHS) programme, the Planting for Food and Jobs (PfFJs), One-District-One-Factor (1D1F) and the several social intervention programmes by the government provided the NPP a good campaign message.

These programmes, he noted, had given hope to Ghanaians, and the party needed to sell them to the voting population in rural communities to empower them to make informed decisions when they go to polls.

“This is exactly the concept behind the formation of the 'G Boys'. Though it is uneasy to mobilize resources, we are promising Mr Awuku of our commitment to go down either rain or shine to interact with the electorate at the grassroots to canvass for more votes for the NPP to win the general election”.

Though Mr Adu noted the task ahead might seem enormous, with little effort, election 2020 would remain one of the easiest for the NPP to win because of what he described as the unprecedented achievements made by the NPP government.

He advised various youth wings of the party to conduct issue-based campaigns, and refrain from responding to personality attacks and unsubstantiated allegations being peddled by the opposition NDC.

This would go a long way for the voting population to understand, embrace the sound policies and ideologies of the NPP and retain the government in political power for progressive development.

Six die in accident at Hemang after car crashed into wrongly...
18 minutes ago