French President Macron’s Covid curfew slammed across the board 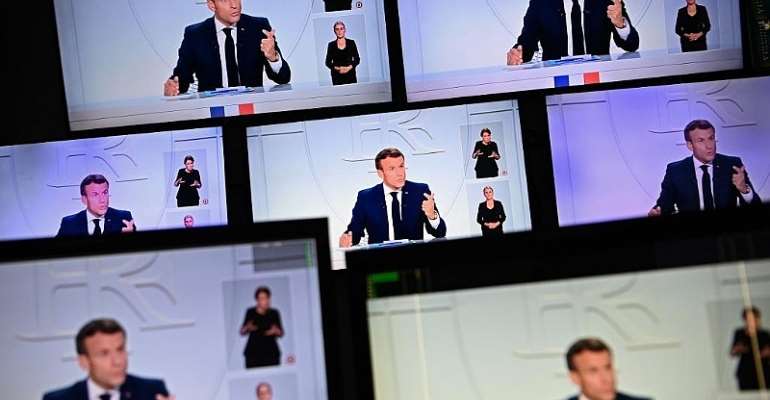 Politicians from across the spectrum have reacted angrily to President Emmanuel Macron's announcement to introduce an evening curfew in nine major cities from Saturday.

"We have to act. We need to put a brake on the spread of the virus," French President Emmanuel Macron said on public television on Wednesday evening, announcing a shutdown between 9:00 pm and 6:00 am that will remain in force for a minimum of four weeks in an effort to reduce the number of Covid-19 infections which continue to rise.

Ile-de-France (including Paris), Marseille, Aix Marseille, Toulouse, Montpellier, Lille, Lyon, Grenoble, St Etienne, and Rouen will all impose the curfews, affecting 20 million people in all, out of a total population of some 67 million.

Not everyone is pleased with the measures to be taken, which were based in part on recommendations made by France's scientific advisory council.

Not enough beds
Patrick Pelloux, president of the Emergency Doctors association of France gave a scathing critique of Macron's lack of understanding of the hospital crisis.

"We're paralyzing the country because there isn't enough room in our hospitals," he told French media.

"And we're paralyzing hospitals because we lack beds. They're trying to slow the epidemic down. But this curfew – and I don't understand this war-like language – will not stop the epidemic. We're in the same mentality that we were in last spring."

"I regret that he didn't call for reinforcements, by asking the 60,000 health workers who have left hospitals to come back and help reduce the pressure. He didn't respond to the priority which is adding more beds."

Some experts were also questioning why more emphasis was not put on remote working, when clusters were often found in professional contexts.

"The clusters we're seeing are often in companies, universities and schools. This measure is not in proportion to the number of clusters we've been observing," according to infectious diseases specialist Nathan Peiffer-Smadja, from Bichat hospital in Paris.

Health workers under strain
Marine Le Pen, leader of the far-right National Rally (RN) was angry that Macron did not offer more support for health sector workers, clearly under considerable strain by the first and now the second wave of Covid-19.

"Medical staff must be so disappointed by tonight's speech (Wednesday) which didn't mention any specific measures support them, such as manpower or equipment," she wrote, also slamming the testing policy as a "failure".

Many of those who found fault with Macron's approach used words like "absurd" to describe the measures, questioning how efficient they would be in slowing down the spread of the virus.

Land of the Absurd
"We're swimming in absurdity: a curfew at night, but metro during the day; large cities closed but holidays for everyone in the countryside; nothing on recruitment of health workers nor an increase in the number of intensive care beds, nothing about workers' salaries, but instead yet another raise to the RSA (minimum wage)," wrote Guillaume Pelletier, the second in charge of the conservative Republicans party (LR).

"60 percent of infections happen at work or at school or university between 8am and 7pm. But Macron forbids outings to bars and restaurants between 8pm and 6am. Welcome to the land of the absurd," wrote the leader of the far-left France Unbowed party Jean-Luc Melenchon, on Twitter.

When it came to the economic impact, restaurant and bar owners were very vocal.

Didier Chenet, the president of a national collective of independent restaurant and hotel owners called it a form of "punishment".

No 'economic sense'
"Our sector is suffering from a wave of closures and the strict sanitary measures already in place. It's not with loans that we'll be able to repay our debts and soak up our losses…it makes no economic sense," he told France Info radio on Thursday.

MPs in the National Assembly, in the middle of preparing next year's budget also expressed regret at the announcement of the curfew measures, which would modify their forecasts.

"The economic hypotheses put forward for the 2021 budget can no longer be adhered to," explained Republican party MP Véronique Louwagie.

Alexis Corbière, an MP from far-left France Unbowed party found it shocking that "a curfew, never seen in 60 years of political life in France," was not even debated by parliamentarians before being announced.

Support for Macron's measures
Paris's socialist mayor Anne Hidalgo was supportive of Macron's decision, placing an emphasis on solidarity all while recognizing the harsh nature of the measures. She promised to support the small businesses that keep Paris running, and the cultural sector, already under pressure from the crisis.

She was supported by Eric Ciotti, a deputy for the Republicans party in the southern Alpes-Maritimes region.

"I salute the curfew announced by the president of the Republic. It's a strong measure, necessary to stopping the virus. We are a a critical tipping point and our health must remain our absolute priority," he said.

From Macron's own party, LaREM, Gilles Le Gendre described Macron's decision as a "wise" one, designed to curb the virus without completely shutting the country down.

"But it also symbolizes a spirit of responsibility that we must accept in all aspects of our lives in order to protect ourselves," he wrote on Twitter.

Prior to Macron's announcement, his government had said it would prolong a state of health emergency, needed to be renewed after it expired in July.

The state of health emergency is a legal framework allowing the government to take strict measures to fight the pandemic -- such as the nationwide lockdown during the spring.

Prime Minister Jean Castex is to hold a press conference on the latest measures later Thursday.