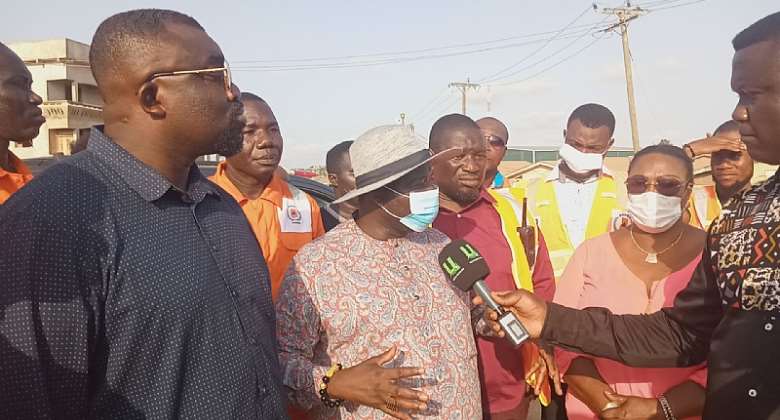 The Director-General of the National Disaster Management Organization (NADMO), Engineer Eric Nana Agyemang- Prempeh, has revealed that spillage from Burkina Faso Bagre Dam is a contributory factor to the recent flooding in Accra.

This year, NADMO together with the Municipal and District Assemblies dredged most gutters in preparation for the rains but the rivers could not absorb the overflow from the Bagre Dam.

Again, Engineer Agyemang Prempeh, advised those who take advantage of the rain to throw rubbish into the gutter to put a stop to it, because it's also a contributory factor to flooding in Accra.

During the visit, they consoled the flood victims and promised to make arrangements for relief items to assist them immediately.

MoMo transaction value for April declines by GH₵2.8billion
20 minutes ago