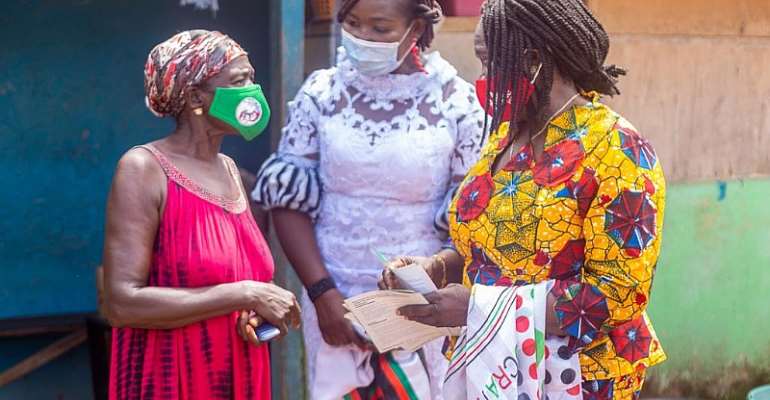 She began the tour with a visit to the palace of Nana Afrakoma II, Paramount Queen Mother of Akwamuman, where she was received by a mammoth crowd.

Professor Opoku-Agyemang also held a fruitful meeting with Queen Mothers from the Eastern Region at Koforidua.

The eminent association of traditional rulers expressed a desire to collaborate with the NDC VicePresidential Candidate to improve the welfare of women and children across the length and breadth of the country, as espoused in the People’s Manifesto.

She assured them that policy proposals to secure economic empowerment for all will be implemented by a new NDC government.

Mr. Chris Kpodo, another prominent party member also joined the campaign along with the Regional Chairman John Amankrah and other senior regional executives.

The Vice-Presidential candidate of the NDC is Professor Naana Jane Opoku-Agyemang, who was Vice-Chancellor of the University of Cape Coast and the first female Vice-Chancellor of a University in Ghana. She has also served as a Minister of Education, among her numerous internationally acknowledged credentials.