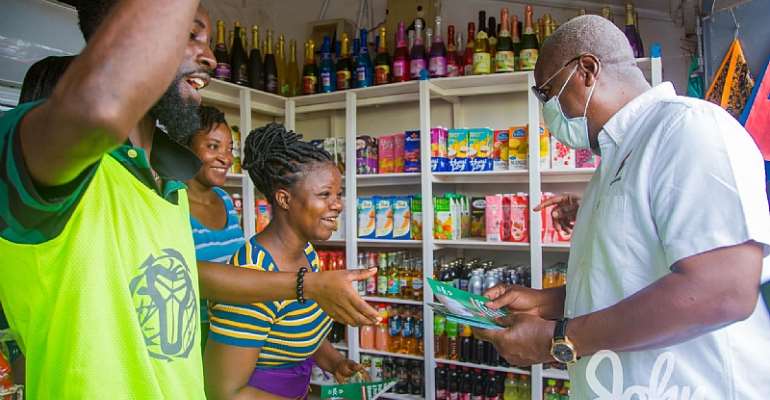 The Presidential Candidate of the National Democratic Congress (NDC), Mr John Dramani Mahama on Wednesday, October 7, started a door-to-door campaign as ahead of the December 7 elections.

After launching the party’s manifesto in Accra on September 7 during the outdooring ceremony of his running mate Prof. Jane Naan Opoku-Agyemang, the main opposition’s flagbearer yesterday followed it up with the official launch of his campaign.

With the campaign launch taking place in Dwenase–Sefwi Wiawso, Mr John Dramani Mahama embarked on a door-to-door exercise while interacting with residents in their homes, as well as workplaces.

“Today, I launched our campaign for 2020 with the largest and most effective door-to-door campaign in Ghana’s history”, the former President posted on his Facebook page yesterday.

As Mr John Dramani Mahama calls on all NDC followers to join the door-to-door campaign, he has expressed his readiness to take his campaign message to every single person in the country.

“We will touch every soul, we will heal every wound, we will restore dignity and truth. To all my compatriots across the various branches and constituencies, I entreat you all to take our message to the people”, part of his post on Facebook reads.

Check out pictures of the door-to-door campaign below: