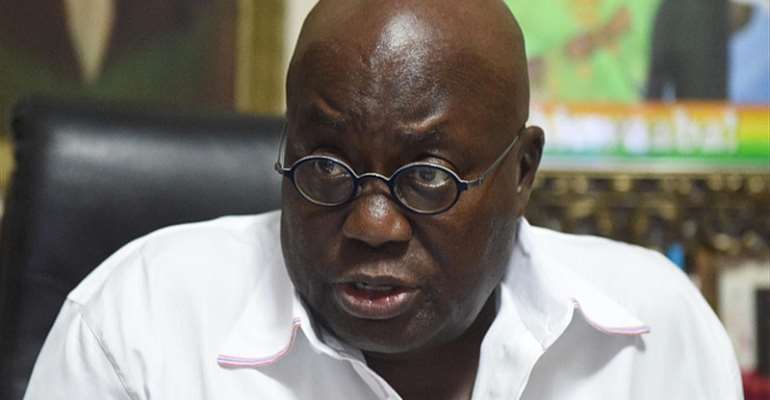 President Akufo-Addo has shown he is totally unhappy over the level of disrespect displayed to him by an aggrieved member of the ruling NPP who is running as an Independent candidate in the Ahafo Ano North, Ashanti Region.

Even though the President did not mention the name of that particular person, he said the person actually turned down an invitation he personally sent to the person to discuss the decision of going independent in the upcoming 2020 general elections.

President Akufo-Addo was addressing a durbar organised in his honour at Tepa by the chiefs and people of the area as part of his working tour to the Ashanti Region.

He said the action of the person is the highest degree of disrespect towards him as the leader of the party indicating that “I cannot work with such a person.”

Meanwhile, a known member of the NPP in that constituency, Mr Kwabena Osei Bonsu, declared his intention to contest the seat as an independent candidate.

This was after he was not able to pick a nomination form to contest the primary citing some 'mafia' tactics.

He believed he had done a lot for the party at the constituency and should have been allowed to contest the primary and eventually lead the party as the Parliamentary candidate.

Also, in the Bekwai Constituency, Mr Kwasi Amofa-Agyemang, who was disqualified from contesting the primary election, has also declared his intention to go independent.

No one should vote for them, this, President Akufo-Addo strong held emphasising that it is regrettable that some members of the NPP in spite of the call on them to step down are trying to go independent.