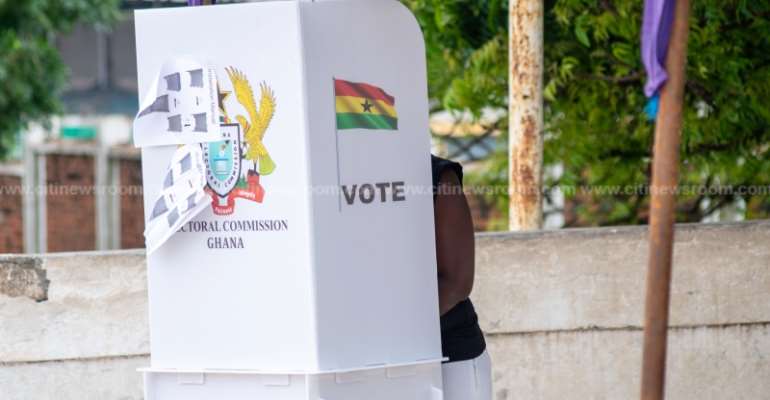 The Electoral Commission (EC) will hold its special voting for the 2020 election on Tuesday, December 1.

In a statement, it announced its intent to begin the compilation of the Special Voting List, in line with the Public Elections Regulations, 2020 Regulation 23.

Special Voting is for Voters who as a result of their duties on Election Day are unable to vote at the Polling Stations where they registered on the day of the election.

Special Voting is only allowed for general elections.

The results of this special vote will however not be declared until after the general election.

The voting is expected to cover security personnel, media personnel who will work outside their jurisdiction on Election Day and election officials

These category of persons are to submit their Voter ID card details to the Commission, through the Director 1.T Projects at the Headquarters of the Commission on or before Thursday, October 15, 2020.

“This will enable the Commission to process their details to enable them to participate in the early voting,” the commission noted.

There’s no space to admit you into law school – Akufo-Addo t...
44 minutes ago