Brothers Keepers Do Not Rescue Lives Ruined By Prodigal Economy 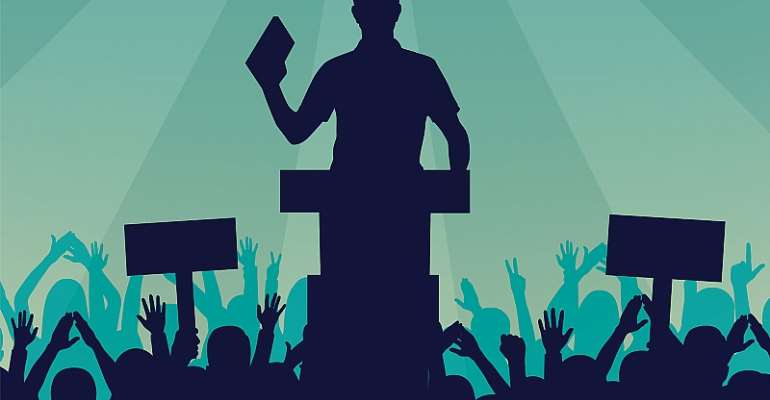 The best way to rebuild African Brother's Keeper spirits economically again, is to start from each country. No more soft landing anywhere. Please, do not infect their country with your problems. Some Africans wasted their God given talents, skills and resources, then rushed to other countries for rescue missions. For whia?

Poverty Alleviation is a well planned deliberate action not charity, Zakat, Tzedaka, Tithes or "gifted" used to satisfy conscience or our bloated ego. This is how some of the reasons Poverty in the land of plenty, flowing with milk and honey are justified. A false sense of security that fed into ostentatious ego.

How do we accomplish the tasks of persuading our Youths that find themselves in the worst economic situation since their Independence to stay home and fight for their future? Some Youths risk their lives hoping against hope that if they do not get to their Promised Land, life is not worth living.

African countries have high unemployment rates within and have been throwing fellow Africans out. This has been happening not only in Nigeria, Ethiopia, South Africa or Ghana but in smaller countries like Somalia and Somaliland that have enough problems to deal with Internally. The days of your Brothers' Keepers are dwindling unless African Youths hold the leaders they elected at home responsible. A country like Nigeria, had been so blessed, other Africans wonder how things could have possibly gone wrong with so many educated and talented people.

It is true that no matter what you do or say, some Youths are bent on bailing out, trying their luck outside their countries. Only when they face deadly situations do they cry and appeal to their Governments to bring them back home. After they have been rejected, humiliated, abused and unfortunately maimed as organ donors outside their country. Yet, there are those insisting they are going to be the lucky ones to survive these existential threats.

Seriously, does it really make sense that the same life you are willing to risk as worthless can be preferred and cherished by those struggling and trying to stay afloat in their own countries? People in desperate need of survival confronting their leaders for a better life are called inhuman and lazy because they do not rescue invaders looking for the same food and shelter they are fighting for at home. Brave angry people against hungry coward people!

This moral dilemma must be viewed from each side of view. One gave up on life, the other was holding on looking for a lifeline at home. One deserves to live for hanging on to life demanding justice at home while the other that refused to face their devils, expects to be brought back to a life they had given up at home.

There are accusations about those in Mediterranean countries refusing to rescue refugees drowning near their shores. "There have been repeated attacks on journalists and humanitarian workers by angry mobs and vigilantes," Panagiotopoulos, International Rescue Committee (IRC) Senior Area Manager for Lesbos and Chios, told CNN.

We have been told of wicked coast guards that allow Africans and Arabs to perish in the sea, about Arabs Sama boys selling Africans as slaves and for body parts; yet more Africans are departing their countries aware of these facts. It is hard for any African to claim they did not know what they are going to face during the deadly voyage. Even the skillful and talented ones were waiting at the airport to board any 707 plane.

Despite this, there are new business agents in the travel industry charging life savings that could start local trades, exploiting many of these naive Youths with promises of better life abroad. The truthsayers are ridiculed and condemned as envious (bad bele). But worse, are those struggling overseas lying to those at home that they are enjoying Promised Land. Knowing fully well that those Africans that are at the top of their careers are disrespected, humiliated and told to go back home to lift up their masses, if they are that good.

Groups of vigilantes are sending Arab refugees from Syria, Libya and Tunisia back into the sea without European rescue ship's in sight. While Arabs are exploiting African refugees demanding money from their families back home before they are freed as slaves or used as organ donors. Others have been noted for starving and abusing refugees apart from selling them as slaves.

The idea that you can bail out of a sinking ship into the mouth of sharks or ride the back of a tiger to freedom is not only short sighted but outright foolish out of self-delusion. There are some Youths today whose countries especially in Africa are going through fundamental changes for the worse, never experienced in their lifetime. You do not extinguish fire in a burning house until you turn off the gas from the source.

Our focus has always been on the inhumane treatment they received but not enough about the reasons African Youths do not revolt at home against Leeches that drove them out in the first place. Do not expect others to do what you are capable of and able to do for yourselves. The penchant for succor for other lands or that must come to help your country change, is a double edged sword. It may work for you today but work against you tomorrow. Change and "Freedom" must come from within the country.

World powers are very comfortable with Regime Change, even when they say otherwise. Lebanon, Iran, Iraq, Afghanistan, Congo and Libya at different points in their histories welcomed other countries onto their lands. Each and everyone of them have been left worse than before. The reasons are not far-fetched. One country invades another in its personal interest, not for the interest of the country invaded with religion, culture, language. If all failed, they flamed civil wars within you.

However, the real jobs creators are the African consumers that can afford to patronize and demand goods and services. Africans are prodigal consumers of expensive goods and services imported into the Continent. If Africans can only rediscover their lost tastes for their goods. Without local consumers, African businesses will die. If you start a one man business from your front house, garage or basement; as demands grow, you work extra hours. When you realize that you cannot meet local consumer demands, you employ your wife, children and then more people.

African businesses cannot depend on slaves like Foreigners did, they must empower more local consumers at affordable prices to increase sales and profits. Right now we drive prices too high as fewer people can buy basic needs. Africans must turn their lives around, starting businesses from individual countries instead of patronizing others and creating jobs outside your countries and Continent. Country by country, each must attract and tailor our tastes to home products to create more jobs for others locally.

Paul Krugman is right: My spending is your income and your spending is my income. Buying local products and services creates local incomes. The spending from more sales at affordable prices grows your income higher than hoarding. Indeed, trade by batter has not changed since we have been exchanging cocoa for tractors. The problem is, tractors are expensive and not locally made. It is currencies that have become medium of exchange. Keep more trade at home, save our jobs and increase local values of our currencies.