NDC Dominates Here, If Your Problems Are Not Being Solved, It's Time To Change Them – Bawumia To Ashaiman Residents 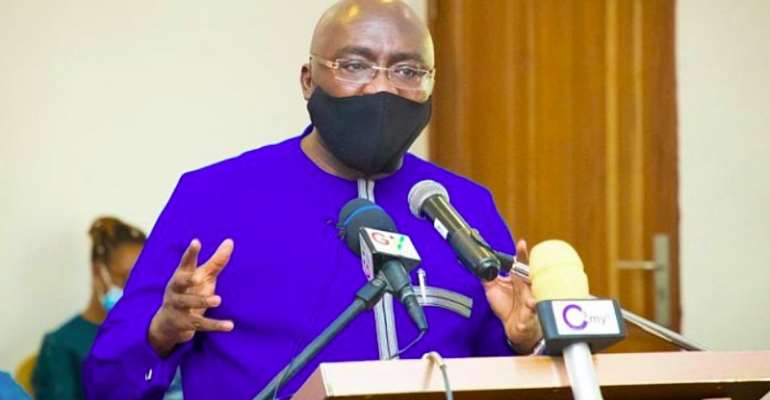 Vice President Dr Mahamudu Bawumia has asked the people of Ashaiman to change their voting pattern and give the governing New Patriotic Party a chance in the December elections.

Dr Bawumia said Ashaiman has not experienced any significant improvement despite years of voting massively for the National Democratic Congress (NDC).

Speaking at a meeting with the Ashaiman Traditional Council as part of his tour of the Greater Accra Region, Dr. Bawumia said it is about time the people of Ashaiman vote for the NPP.

“NDC has dominated the governance here, so if your problems are not being solved under NDC, it is time to bring in the New Patriotic Party (NPP) to solve them. Our elders say we cannot continue doing the same thing and expect different results. So let's change the market we are shopping in and go for a different one,” he said.