Akufo-Addo’s Gov't Not Run By ‘Family And Friends’ – Bawumia 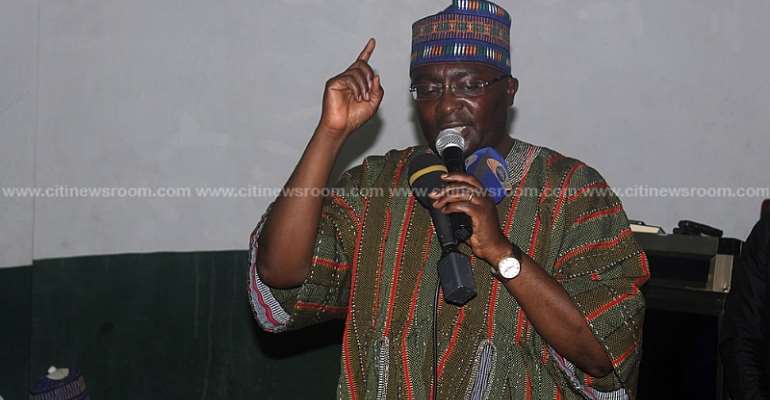 Vice President Dr. Mahamudu Bawumia says the Akufo-Addo government is run by the “most competent people”.

He said this in response to critics who have tagged the Akufo-Addo administration as a “family and friends” government.

“I think that if you look at what we are doing, I wouldn’t honestly classify it as a family and friends government. We are delivering for the people of Ghana and using the most competent individuals we can find to deliver for the people. So I think that the ultimate issue that we are going to look at is what we have been able to do with the people that have.”

“We have a very large diversity and I am very confident and comfortable with our team but everyone can have their own views about what family and friends are but we are just dealing with competent people,” Dr. Bawumia said in an interview on Accra-based Asempa FM.

Dr. Bawumia added that what matters to the government is the judgment of Ghanaians and not that of critics.

“I think that everybody will have their own view of family and friends but we are just working with people who are delivering. That is left with the judgement of the people. What matters is the judgment of the Ghanaian people that if you think that we said this and we are doing this but what matters to Ghanaians is whether we are delivering and inclusive government,” he added.

The Vice President also used the opportunity to highlight some of the achievements of the governing New Patriotic Party within the last three and a half years.

He also took on former President John Dramani Mahama accusing him of mismanaging the economy hence lacks the integrity to return to power.

Dr. Bawumia urged Ghanaians to renew the mandate of the Akufo-Addo government so they continue with the good work they have started in Ghana.