Our Issues Yet To Be Addressed After Suspending Strike – GRNMA 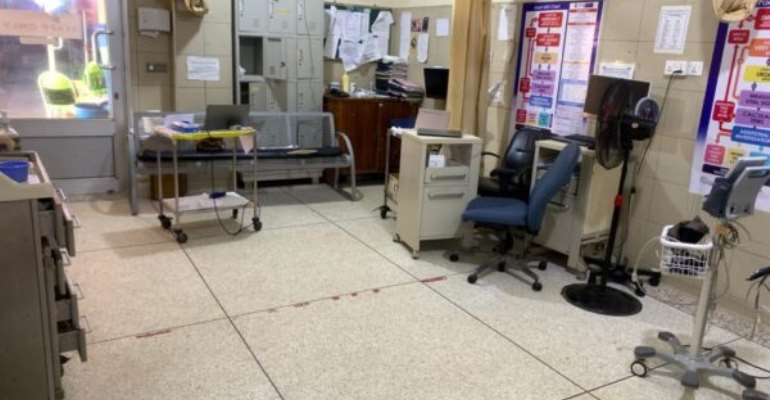 The Ghana Registered Nurses and Midwives Association (GRNMA) says the reasons for which it embarked on a strike are yet to be addressed although it has suspended the action.

According to the association, the decision to halt the industrial action stems from its receipt of the interlocutory injunction served on it and allied associations.

The General Secretary of GRNMA, David Tenkorang in an interview on Eyewitness News said they held a meeting with the National Labour Commission on Wednesday to explain their position but not to negotiate their demands.

He said the association is yet to meet the government over their demands.

“We have never met the government. We only attended to a call by the NLC… The NLC platform was not meant for negotiation. They [NLC] told us that we have broken the law because we have embarked on an illegal strike, so we went there to explain to them why we took the action that we took, and they made us lay bare our challenges,” he explained.

The National Labour Commission (NLC) described the strike as illegal and later secured a court injunction to get the health workers to return to their duty posts.

The association said it had not been duly served hence went on with their protest until the industrial action was called off on Wednesday when they were served the injunction through substituted service.

“In the face of the injunction, our respect for the courts coupled with our innate passion to serve our patients and clients and for that matter the good people of Ghana, we have decided to TEMPORARILY SUSPEND our strike action with effect from Thursday, 24th September 2020 at 8:00am pending the outcome of our negotiations,” President of the Nurses and Midwives Association, Perpetual Ofori-Ampofo said at a press briefing.

She stressed that the association will honour an invitation by the NLC and assured members that they will ensure that they will duly represent their interests at all meetings.