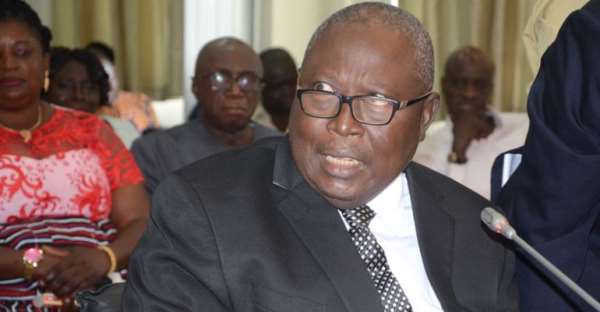 The Alliance for Social Equity and Public Accountability (ASEPA) is demanding the removal of the Special Prosecutor, Martin Amidu from office over incompetence.

A report from ASEPA and copied to the Office of the President, explained that the failure of the Special Prosecutor to complete a single case over the past thirty months justifies its request.

In an interview with Citi News, the Executive Director of ASEPA, Mensah Thompson recommended the invocation of processes under Article 146 to impeach Mr. Amidu from office.

He added that the ineffectiveness of the office is not due to a lack of funds from the government per its investigations.

Mr. Mensah Thompson thus urged the presidency to independently assess Mr. Amidu and take a decision in the interest of Ghanaians.

“In fact since 2017, we haven’t seen a single prosecution done by the office. So why do we still keep Martin Amidu in place so we have sent a copy of our report to the president and we expect the presidency to act on the proper assessment of the office? The presidency should use its own discretion to decide if they want to keep him in office or not. Per the law, as it stands, you cannot change him and appoint a new person but because his stature is like a High Court judge, the processes of article 146 can be invoked.”

“I'll be a prime minister in Egypt” — Koku Anyidoho reacts t...
5 minutes ago