A Disrespectful Wife Is Ungrateful – Duncan-Williams 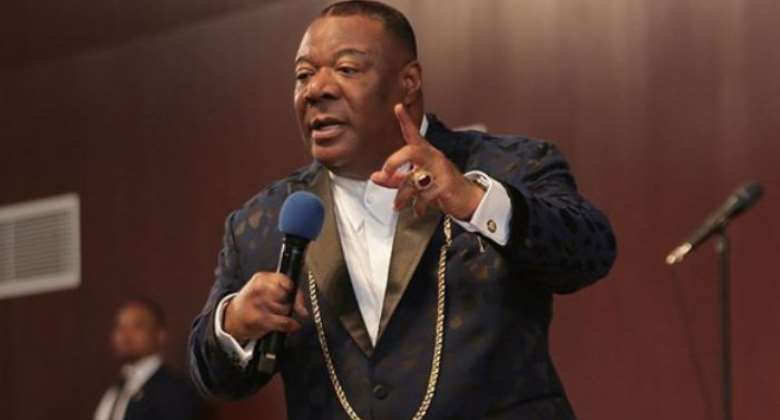 Archbishop Nicholas Duncan-Williams has said wives who treat their husbands with disdain are ungrateful.

In the same vein, it is wrong for husbands to treat their wives shabbily, the founder of Action Chapel International told his congregation on Sunday, 13 September 2020.

“To those of you who are wives and are married, remember; once upon a time, you were single.

“You were a single woman and you had no man and today God has blessed you; you have a man, humble yourself, treat the man well; don’t treat him anyhow, don’t bluff him and don’t say because he has married you, he’s stuck, he’s a good man, he can’t fool around, so, you can treat him anyway, anyhow; it’s familiarity.

He continued: “The Bible says: ‘Thou shalt not provoke thy Lord thy God’”.

“Don’t provoke your husband”, he stressed.

According to the man of God, “Just because he married you does not entitle you or give you the authorisation to disrespect or treat him anyway, anyhow”.

According to him, wives who treat their husbands well live longer.

On the other hand, Archbishop Duncan-Williams also admonished men against disrespecting their wives after leapfrogging the status ladder later in life.

“And there are also men, who marry women when they [the men] are nothing and nobody and as soon as they become somebody and they start being blessed, they disrespect the woman and treat her anyway, anyhow. “That is also wrong”, he equally condemned.

Worshippers, he said, “don’t do that”.

“If you’re a worshipper, you must remember and when you remember, you’re humble”, he noted.