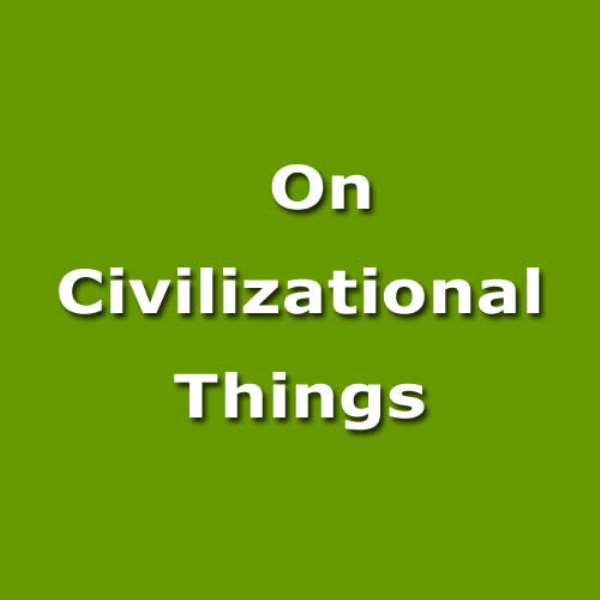 Of all the civilizations that I have examined, three things stand as the necessary prerequisites for a civilization to flourish:

2. An impartial law that places every citizen under the same remit

Unfortunately, these critical elements are exactly what is lacking in the colonial garrisons we euphemistically called countries in Africa without exception.

Leadership: “A group of leaders.”

My choice of Leadership instead of Leader is deliberate as it takes more than one individual to advance the cause of a civilization. It can be argued that an individual must supply the impetus, but it takes a group of committed cadres to pull things through.

I shall make references to the three countries to which I am most familiar - Ghana, Nigeria and The Netherlands.

Like most Africans who have lived in the country, I do have some beefs to grind with the Dutch but there’s absolutely no doubt that the country is a model of a well-administered state, with a largely disciplined citizens led by a well-structured system and one with a very impartial judicial system.

This is well reflected at every facet of the Dutch society.

The Dutch have a saying “Regels zijn regels / Rules are rules.” What this means simply is that once a law is passed or a resolution adopted, it is cast in iron.

Everyone in the country, without exception, must obey and fall in line. No matter the office you hold or your station in life you are subjected to the same rules as every other Dutch citizens.

For example, no Dutch citizens, the prime minister included, can break a traffic rule and expect to get away with it. It also means that once you run afoul of the law, you will pay exactly the same penalty like any other law breaker even if you are a judge, a minister or whatever.

The Netherlands is one of the most egalitarian society I know of. I clearly remember my first day that university when after lectures I saw my professor hopped on his bicycle. It was a culture shock for a greenhorn from Africa where only the lower-class will be caught dead on a bicycle. I have seen a Dutch prime Minister shopping in a supermarket. Like every other shopper, he simply queued up with his wife and their shopping cart.

Of course, it will never occur to him to pull ranks. Of course, the loud-mouthed and opinionated Dutch will never take kindly to a leader who tries to abuse his position.

Until she moved to the Mayor’s House, the current Mayor of Amsterdam was my neighbour in Amsterdam Oost (East) and we shopped at the same Albert Heijn supermarket. Before becoming a mayor she was a member of the Dutch parliament and I see her almost everyday as she pedals her way to work like many Dutch citizens.

Let’s contrast these with our situation back home. Without a doubt we have lots of problems in Africa, but I do think that our biggest problem is that we are saddled with a hypocritical leaders who will not only live on the same poverty-level they set for their citizens, but will not abide by the rules like everyone else.

Take what happened in Accra, Ghana today as example. The police announced and enforced the closure of some major roads in the capital because the leaders of ECOWAS are in town enroute to a parley in nearby Peduase Lodge.

It baffles greatly that not only are we not interested in stuff like productivity and such likes, we do not appear to appreciate the value of time - even though we love to wear the most expensive watches.

Of course, our police authorities do not see anything wrong is crippling a nation’s capital traffic because a few leaders from some of the most impoverished countries on earth are in town, not to discuss the welfare of their citizens, but how to save their own skins because of their fear of a Domino-effect from the coup in Mali!

Of course, closing traffic is almost routine whenever a president decides to breeze into a town or a village in our part of the world.

Imagine a city like Lagos with its 20+ million inhabitants been crippled with a virtual lockdown because a leader wants to pay a few hours visit?

The question that never fails to agitate my mind is: what exactly goes on in the minds of Elderly President Buhari as he sits in his over a hundred motorcade and watch as citizens sweat in their cars as they watch their ‘servant’ gallivants around. The same thing applies to President Akufo-Addo even though his convo, at about 50 or so vehicles, is much smaller than that of his Nigerian counterpart.

The former president of Malawi recently hit town with he lamentation that his greatest worry was the lack of ease of traveling he was used to as a head of state.

So, in Africa we have leaders who effectively cushioned themselves against the policies they imposed on their citizens and we bemoan our lack of progress. What incentives are there for our leaders to perform when they are not consumers of the policies they initiate? Apart from election period when do African leaders relate in any way with citizens? Why should African leaders be interested in good and quality education for citizens when their children are studying abroad or are in “International Schools” where it is strictly American dollars thing, thank you very much.

What incentive does an African leader has to improve his country’s health facility when he can allocate humongous amount for the Clinic at the Presidential Palace - Nigeria is a good case, or when he and his wife can be whisk abroad at the slightest hint of inconvenience. Nigeria, again, is a good example (Aisha, the president’s wife was airlifted to a foreign hospital when she complained of a neck pain. The travel was approved even though the country was in a lockdown over COVID-19).

So, in Africa, we have hypocritical leaders who will not obey the laws they enacted, who will not be guided by the same parameters they set down for their people but continue to pretend that they want to build progressive nations?

Do these reprobates really think that the people are too stupid not to know duplicity when they see one? Do they really think that citizens are too daft to see through their hypocritical acts? Why should citizens be penalized for traffic infractions when the president routinely drives on the wrong side of the road or where the police Chief blares sirens to clear a path for him in traffic congestion instead of directing his men to perform the duty for which they are being paid?