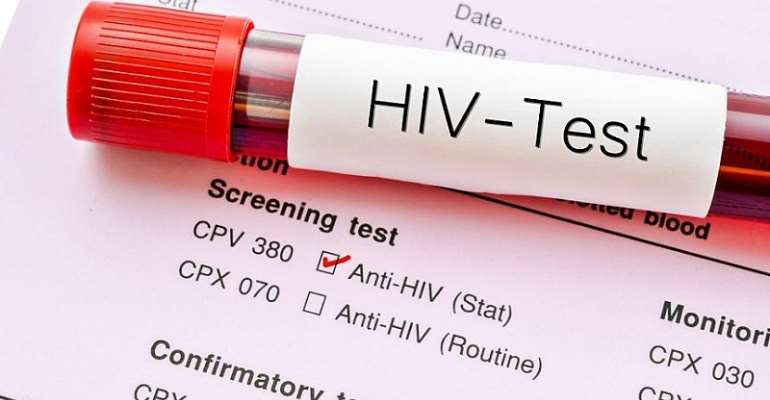 The Ghana AIDS Commission (GAC) has revealed that about 46,000 people living with HIV have refused treatment.

According to the Director-General of the commission, Mr Kyeremeh Atuahene, that development had presented a challenge to the national HIV epidemic control and viral suppression programme.

Speaking during a courtesy call on the Managing Director (MD) of the Graphic Communications Group Limited (GCGL), Mr Ato Afful, in Accra last Wednesday, Mr Atuahene said the situation was one of the major difficulties the commission was facing in its bid to prevent the national prevalence of 342,307 from going up.

He said what was equally disturbing was that the situation had rather resulted in new infections.

The courtesy call on the GCGL MD was to enable the commission to solicit the support of the country’s biggest media organisation to boost the delivery of the advocacy for behavioural change and also strengthen existing relations between the two institutions.

In attendance were management members of the GCGL and officials of the GAC.

Giving reasons for the refusal of the patients to undergo treatment, Mr Atuahene said some of them were living in denial of their status, others feared stigmatisation, while some had fallen prey to false claims of cure by traditional healers and spiritualists.

He said those who had fallen prey to the false healing claims of herbalists and spiritualists often returned to the hospital in very deplorable conditions, which led to many of them dying.

“Some say that they have done nothing to contract the virus, while others also refuse treatment for fear of being stigmatised in health facilities, which I agree is very high and we are working around the clock to address.

“Some feel that once they visit a health facility for the anti-retroviral, they will be identified by other people who will subject them to stigmatisation,” he said.

Highlighting the national burden, Mr Atuahene said the prevalence rate of HIV in Ghana was 2.0 per cent, while that among people aged 15 to 49 was 1.70 per cent.

He indicated that while some stakeholders were asking about how to reduce prevalence (the number of people living with the condition), it was clear that that was impossible.

“HIV prevalence cannot be brought down because there is currently no cure for the condition. The only intervention is that anti-retroviral medications, when taken consistently on a daily basis, as scheduled by medical officers, are very effective in suppressing the viral load to a negligible stage.

"At that stage, it becomes virtually impossible for a carrier to infect others with the virus.

"Consistency with medications will also enable people living with the condition to live healthy normal lives, just like any other people,” he said.

The GAC boss warned that once people stopped taking their medication, there could be a retrogression in their well-being, which could lead to death.

Mr Atuahene said the challenges affecting viral suppression and epidemic control had brought to the fore the need to heighten public sensitisation and education.

“This is why we have come to you, the GCGL, to solicit your support in the form of the platform to churn out the requisite public education and sensitisation materials.

“Anytime we put out information, the Daily Graphic’s reports are the best in the media space, considering accuracy and presentation, and so we see you as a valued partner,” he said.

Mr Atuahene said the support of the media, particularly the Daily Graphic, had become more critical in recent times because donor funding, which in the past represented 90 per cent of the commission’s funding meant to deliver on its mandate, was now 40 per cent.

Therefore, he said, it had become necessary to find innovative ways “to deliver on our mandate, and this is why we are here to solicit your support”.

Responding, Mr Afful commended the commission for its work at managing HIV in the country. Describing the mandate of the commission as a worthy cause, he gave an assurance that the GCGL was committed to supporting its efforts with insightful publications in all its brands.

He asked the commission to take advantage of the GCGL’s digital platforms, as well as the Graphic News Plus, the digital version of the newspaper, to advance the delivery of its mandate.

“Our doors are always open to you any time, any day for discussions, and be assured of our support always,” he said.

The Director in charge of Marketing of the GCGL, Mr Franklin Sowa, informed the commission that there were some low-cost platforms of the company that it could leverage to advance its mandate, in the face of limited funds, as well as platforms that required no monetary commitments, such as placing news articles in the newspaper.

He said, however, that the challenge had always been with timely access to information, adding: “You don’t have to bother so much about money when it has to do with news articles for advocacy and information sharing.”