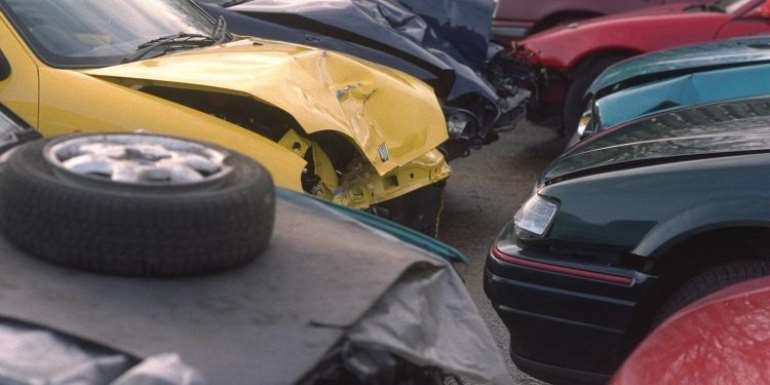 The Akufo-Addo Government has rushed to suspend the implementation of the law banning the importation of salvaged vehicles and those older than ten years into the country after former President John Dramani Mahama promised to scrap the law when elected President on December 7.

The Tema Regional Chairman of the Ghana Institute of Freight Forwarders (GIFF) Alex Asiamah has said.

According to him, the suspension was announced by the Customs Commander at the Tema Port.

The Customs Amendment Act, 2020 was supposed to take effect on November 1.

Speaking to Citi News, Alex Asiamah stated that: “Just this evening I received information informing the general public, stakeholders and the importing public that, Customs will continue to do their normal clearance of such vehicles. So, the importers can go on with their business of importing such cars. So that’s the news at the moment. It is coming from the Ministry [of Finance], but through our sector commander, the Assistant Commander of Customs in Tema,” he said.

The Customs Amendment Act 2020 among other things, provides incentives for automobile manufacturers and assemblers registered under the Ghana Automotive Manufacturers Programme and prohibits the importation of salvaged motor vehicles and cars over ten years of age into the country.

It was passed by Parliament in March and is expected to be rolled out in November 2020.

The announcement by the government to implement the said Act effective November 1, 2020, was received with much agitation by industry players including the coalition of car and spare parts dealers association of Ghana as well as freight forwarders who had threatened to stage a demonstration to protest against the implementation of the Act.

“You could remember that when the news came, importers or dealers in those cars were not happy about it and then it was even twisted in different directions to make it look like something odd,” he said.

He indicated that based on the suspension of the law, “for us as freight forwarders, we will continue to enjoy our business of providing such cars for our customers and when that one happens, it means we are going to continue to enjoy the service so it's welcoming news.”

JHS graduate appeals for $45,000 to undergo kidney surgery
10 minutes ago

$50million gathered so far for the National Cathedral projec...
54 minutes ago