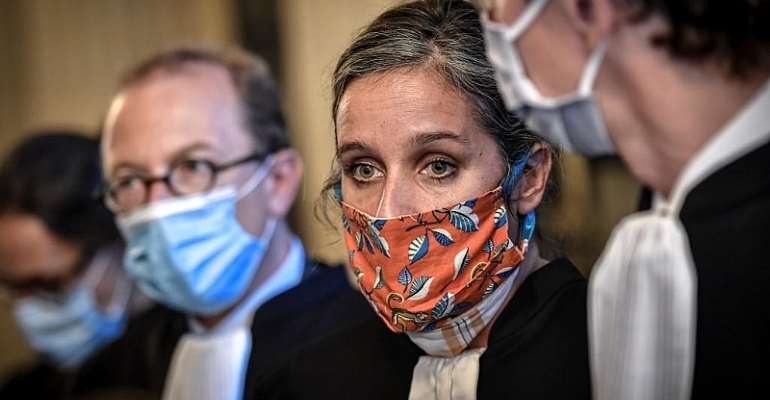 France's highest court has ruled that a transgender woman cannot be officially recognised as the biological mother of the child she conceived with her wife before transitioning.

The court ruled on Wednesday that a 51-year old transgender woman, referred to in court as 'Claire', would have to adopt the six-year-old child in order to become one of its two legal mothers.

“My client is devastated […] this is a lost opportunity,” Clelia Richard, one of the lawyers, told Libération. “The justice system is rigid, immobile, as is often the case.”

Bastien Lachaud, MP with the hard-left France Unbowed party described the decision as "injust and incomprehensible" and called for the law to be completed to allow filiation for trans persons.

The case has now been referred back to a lower court for a new hearing.

'Claire' was born male and had two children in 2000 and 2004 with his wife. In 2011 Claire was officially registered as female.

Three years later, while she still had male reproductive organs, she had a third child with her partner, a girl.

Since then, she has fought a legal battle to be recognised as the child's second mother, not father.

French law has no provision for such cases but in 2018 an appeals court in the city of Montpellier, southern France, granted her the status of “biological parent”: an unprecedented category in France.

But on Wednesday the Cour de Cassation rejected that ruling, considering that “two maternal filiations cannot be established with regard to the same child, outside of adoption”.

“In sum, it amounts to telling my client: 'either you adopt, or you are not her mother”, said Richard, describing the verdict as “scandalous”.

"The ruling is a considerable step backwards towards a concept of parenthood that was believed to be long buried," said lawyer Bertrand Périer representing the APGL association of gay and lesbian parents.

“It's a way of taking trans people back to their original identity, through a very serious negation of their transition process and recognition of their gender, which France has nonetheless agreed to.”

But for lawyer Anne-Marie Le Pourhiet, the Court decision was “reasonable”.

She said according a male-born transgender person the legal civil status of a mother would have “twisted the law on filiation”.

“To attribute two mothers to a child when one of them is, biologically speaking, its father, is to transform the personal history of a child into fiction, in the name of adult desire," she told La Croix newspaper.

No rewriting the past

Si 'Claire' was able to conceive a child with her partner, it's because she was a man, and therefore the father," she told CNews tv. "We cannot rewrite the past."

For law professor Philippe Reigné “the court didn't dare upturn the law on filiation, afraid it would lead to legal turmoil”.

“It sent a message to lawmakers to settle the question of filiation concerning trans persons following a change in their civil status.”

This grey area in French law will likely be discussed as part of the bioethics law which is due to go into a second reading at the Senate before the end of the year. The new law allows for lesbian couples to have double filiation on their childrens' birth certificates.

Lawyers for the woman said they were prepared to take the matter to the European Court of Human Rights.