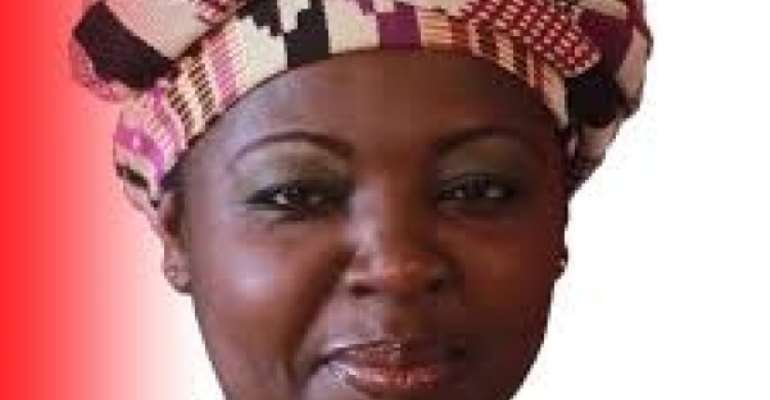 The leadership of the Convention People's Party (CPP) says it is focusing on building structures for wider participation in both party and national activities.

Nana Akosua Frimpomaa Sarpong Kumankumah, Chair and Leader of the CPP, said “today when we sit as a party we stand tall; because as a new Leadership, we're back to reunite and save the spirit that our fathers had, that put the organizational ability of the CPP at the centre-stage of national development.”

“All of us must make Ghana work, all of us…. We're going to be once more, once more one of the nations that have led Africa, and we'll continue to do that by addressing the needs of the Ghanaian.”

In an interview with the Ghana News Agency (GNA) in Accra, the CPP Chair and Leader, with nostalgia recalled the acceleration of, and rapid national development of Ghana during the administration of Osagyefo Dr Kwame Nkrumah, Ghana's first president and urged the Ghanaian electorate to vote the CPP into power at the next general polls in December.

Nana Kumankumah described the CPP and Ghana as having had a very interesting journey, since CPP took Ghana to independence in 1957 and when the CPP Government was overthrown in 1966.

She recalled Ghana having made major achievements, with rapid industrial development, that was rather truncated after the coup in 1966.

“We all know what happened; the Ghanaian was proud and had the African identity. He believed in himself. It was a beautiful journey.”

Nana Kumankumah, described history as important, but called for national politics of wider participation in governance, where everyone would be proud of being part of the development and political process.

“We need to put everybody at the centre of this development. For us the CPP, that's our main theme, “the CPP Chair and Leader said, adding,” or school system must work. There should be should be housing for the deprived employment for the youth.

She wondered why successive governments abandoned projects started by the CPP, leaving them to degenerate at the mercy of the weather and the bush, recalling the active engagement of such groups at the Workers Brigade, Verandah Boys and Young Pioneers during the CPP era.

Nana Kumankumah said the Ghanaian electorate must vote the CPP into power to ensure governance that would ensure that every Ghanaian is made capable to do a little more in that national development drive.

“That is why we say a vote for the CPP is a vote for yourself. We want everyone own a portion of Ghana.”

Apparently free Senior High School, the CPP Chair and Leader, stressed that pupils who could not enroll or dropped out would have to be catered for, for them to still feel they “the youth of the nation.”

She recalled the CPP forming alliances with the National Democratic Congress (NDC) and the New Patriotic Party (NPP), the two leading and major political parties in Ghana's Fourth Republic, but such alliances had to end for various reasons.

Nana Kumankumah said the CPP had not had the opportunity to in government as a political party under the Fourth Republic to pursue its ideas as government, “so we realize we have get our membership built to the polling station level.

“The CPP is the mother and father of organization. There's no doubt the CPP is one of the parties that is patriotic and nationalistic in approach.”

She dwelt on the strength of an organizer, pledging to combine the skills and talents of the members in the Leadership to build the CPP party structures to make it a more formidable party to clinch victory during next December general elections.

Your independence will be respected – Akufo-Addo assures new...
15 minutes ago

He has the capacity, intellectual strength to succeed – Akuf...
20 minutes ago